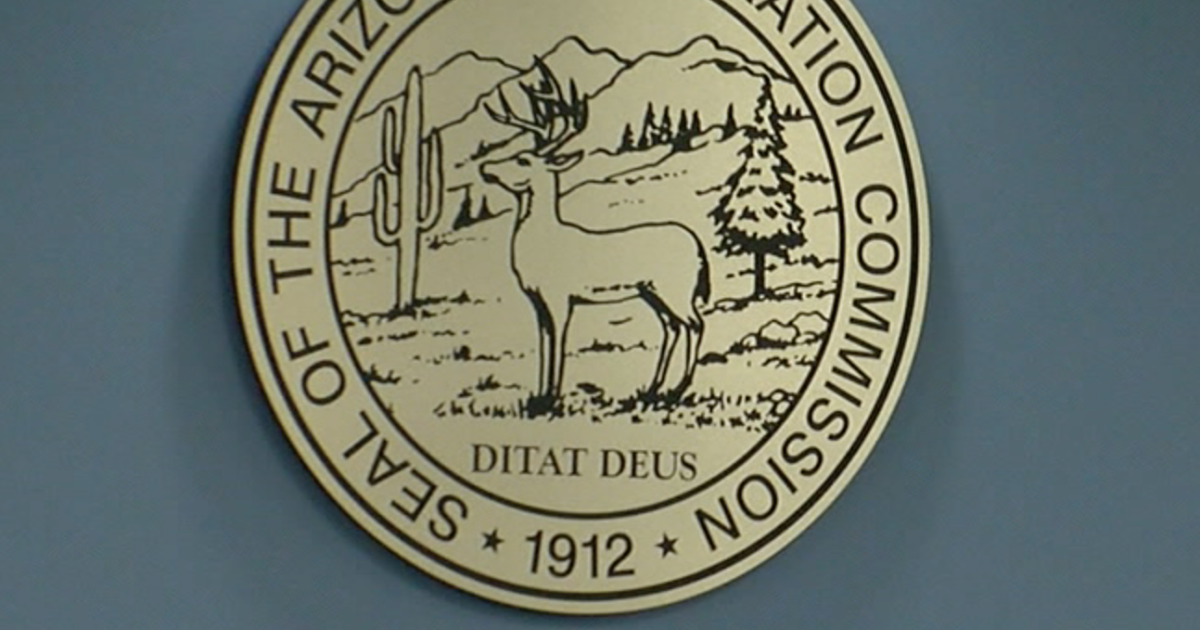 Calling all people who believe in the separation of church and state – we need your help to enforce it at the Arizona Corporation Commission (ACC)!

The ACC states its mission is to “ensure safe, reliable, and affordable utility services; have railroad and pipeline systems that are operated and maintained in a safe manner; grow Arizona’s economy as we help local entrepreneurs achieve their dream of starting a business; modernize an efficient, effective, and responsive government agency; and protect Arizona citizens by enforcing an ethical securities marketplace.[1]“

Sounds pretty straightforward, and totally secular, right? But if you actually attend an open meeting of the Commission, you may be rewarded with a Bible story,[2] a scripture reading,[3] a lesson in Christian theology,[4] or even a call for the commissioners to help make “thy kingdom come” while they carry out their secular duties.[5] You may be told to bow your head or join the prayer.[6]

Maybe you’re thinking this isn’t so bad if they also have other religions represented. They do not. Maybe it’s not so bad if it’s coming from a chaplain, not an elected official. Nope, only the commissioners themselves give invocations. These explicitly Christian prayers are offered as a matter of course at all open meetings of the ACC ever since the beginning of 2021, when Commissioner Lea Marquez-Peterson became the chair of the commission. For the two years prior to that, they had no invocations and the Corporation worked just fine.

We sent the ACC a complaint in July, informing them that their policy was unconstitutional. (Attached at the end of this article.)

They have completely ignored us. They did not respond to a follow-up email. We requested a time to call Ms. Marquez-Peterson and they did not provide one. They have not changed anything about their invocation policy since receiving our letter.

The ACC is a statewide agency. Arizona is a religiously diverse state, with a fourth to a third of its population subscribing to no religion. Their policy violates the Establishment Clause and is unacceptable. We are reaching out to you, our supporters, to please contact the ACC, say you are a resident of Arizona and one of their constituents, and they must stop this illegal, unnecessary, and divisive policy.  The commissioners’ contact information is available here: https://www.azcc.gov/contact.  Chairperson Marquez-Peterson is responsible for the policy, so she is the main person to contact. Commissioner Kennedy has not given any invocations, so don’t bother her. Commissioners O’Connor, Olsen, and Tovar normally deliver explicitly Christian prayers.

Please call or email the people below. The more people the better, and maybe we can get their attention.

I’m writing on behalf of Secular Communities for Arizona, a non-profit organization whose purpose is to protect the constitutional principle of separation of church and state in both the Arizona and federal constitutions.  We have received a complaint from one of your constituents that all your open meetings begin with Christian prayers, led by a commissioner, giving the appearance of a Christian rather than secular government. Furthermore, people are frequently directed to bow their heads and join in the prayer.

More than one out of four of your constituents (27%) is not affiliated with any faith.[7]  A breakdown by county shows that in 2020, Maricopa County residents were 27% unaffiliated, but Coconino, Navajo, Apache, and Pima counties exceeded 30%, with Coconino coming in at 39%.[8] A majority of Arizonans (58%) seldom or never participate in prayer, scripture study or religious education.[9] These people must come before you to conduct any corporate or utility issues they have, and they have a reasonable expectation of a secular government. They do not come to the Corporation Commission to hear Bible readings. The constitutions of the United States and the State of Arizona, which you swore to uphold, are entirely secular.  In fact, Article XX of the Arizona Constitution explicitly states, “Perfect toleration of religious sentiment shall be secured to every inhabitant of this state, and no inhabitant of this state shall ever be molested in person or property on account of his or her mode of religious worship, or lack of the same.” People should not be asked to join in prayers they don’t believe in, especially by the government.

Although the Supreme Court has decided that legislative prayer per se does not violate the Establishment Clause of the United States Constitution, there are some constraints that you must abide by. Courts looks at various factors such as

Based on the public records I received, it seems to be up to each chairperson to decide whether to have an invocation. When Tom Forese was the chair, he invited religious leaders and government employees to deliver the prayer. His policy was unconstitutional but that’s in the past. For the next several years, ACC functioned just fine without having any invocations. It does not have a longstanding tradition of always beginning with a prayer, so that is no defense to the current policy.[11]

You chose to reinstitute the policy when you became chair. Although your wording calls for a “prayer or reflection,” the result has been nothing but Christian prayers the entire time since you began this policy. Further, you have chosen to have the commissioners themselves deliver the prayers. This is a closed circle of people whose beliefs are known to you.  There is virtually no chance of having anything but a Christian prayer.  All but three of the prayers have ended with “in Jesus’ name” or words to that effect. On 2/2/2021 Commissioner Tovar ended with “in this we pray.” On 1/11/2022 she ended with “in your holy name.” However, she did end other prayers with “in Jesus’ name,” revealing her own religion. And on 4/21/2021 you acknowledged Earth Day as the biggest secular observance in the world without a prayer. But the week prior you prayed for the commission’s actions to match God’s will “in your son’s name.” Commissioners O’Connor and Olson always give Christian prayers, and Commissioner Kennedy appears to have declined the opportunity to give a prayer or reflection. So, there are only four people who ever give the invocation and they are all Christian.

Government prayer is unnecessary and divisive.

Prayer before government meetings is a very divisive act and only serves to set people apart.  It is also unnecessary, as the ACC has demonstrated during the years between you and Chairman Forese. Commissioners are free to pray privately or to worship on their own time in their own way.  They do not need to worship on taxpayers’ time.  The Commission ought not to lend its power and prestige to religion, amounting to a governmental endorsement that excludes at a substantial portion of the people who elected you. At best, they are forced to sit through an exercise in which they feel excluded by their own government, and at worst they may fear prejudicial treatment by the commission if they don’t go along with it. It is unnecessary to put anyone in that position.

If you choose to open with a prayer, you must have a non-discriminatory policy.

The U.S. Supreme Court in Town of Greece, N.Y. v. Galloway approved a non-discriminatory prayer policy that allowed others, explicitly including non-Christians and atheists, to give invocations: “The town at no point excluded or denied an opportunity to a would-be prayer-giver. Its leaders maintained that a minister or layperson of any persuasion, including an atheist, could give the invocation.” 134 S. Ct. 1811, 1815 (2014) (emphasis added). Your policy does not comply with this. The initial complaint was that Greece had only Christian prayers, but the court said that didn’t matter as long as the policy didn’t discriminate.

Government officials should not deliver the invocation themselves, especially when they are all the same faith.  There have already been two court cases in which the same type of thing took place – lawmakers themselves delivering explicitly Christian prayers – and both were deemed unconstitutional by the two different courts as an excessive entanglement of government with religion.[13]  In the Maryland case, the court explicitly ordered the Carroll County Commissioners to stop allowing any prayer to be delivered by a public official or employee at any public meeting; to stop requesting or encouraging audience members to stand or otherwise participate in prayer at public meetings; and to stop promoting prayer in any official policies or practices. In the Rowan County case, the court said:

“It is a cornerstone principle of our Establishment Clause jurisprudence that ‘it is no part of the business of government to compose official prayers….’ ”  The government “is without power to prescribe … any particular form of prayer which is to be used as an official prayer in carrying on any program of governmentally sponsored religious activity. The Court reiterated this foundational point in Town of Greece : “Our Government is prohibited from prescribing prayers to be recited in our public institutions in order to promote a preferred system of belief or code of moral behavior.”

Your policy is for all practical purposes identical with Rowan County’s and violates the Establishment Clause of the U.S. Constitution.

You are elected to serve your constituents, not Jesus.

If you were elected to serve Jesus, that would be a blatant establishment of religion. Both the U.S. and Arizona constitutions outline a secular form of government which derives its authority from the consent of the governed. Commissioner O’Connor, on February 8, 2022, gave a Sunday school lesson about the Lord’s Prayer, and interpreted “thy kingdom come” to mean that the Corporation Commissioners’ purpose is to participate in the manifestation of God’s kingdom here on earth – a blatant alliance of government with a particular religion. On May 4, 2021, he again read and interpreted a Bible passage, and then said, “Now join with me in prayer.” In the prayer he asked God to recognize the commissioners as his servants.

In conclusion, your invocation practice runs afoul of the U.S. and Arizona constitutions.  Please let us know in writing the steps you intend to take to remedy this.  We suggest that the best course is to have no invocation at the start of the meeting.  As suggested above, if you want to pray in private before a meeting, that is your choice. Matthew 6:5 suggests that is the preferred method according to your religion. If you choose to continue praying, I have attached some guidelines for you to follow that will help you to comply with the law.  We are happy to assist or discuss this with you.  Please contact us at bhouck4@cox.net.

[11] See Town of Greece v. Galloway, 572 U.S. 565, 565-66 (2014)(upholding payers in federal and state legislatures, and city and town councils because the practice has continued uninterrupted since the first U.S. Congress.)