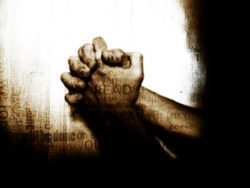 Do you live in or have a connection to Fountain Hills? If so, consider taking action:
In a 4-3 decision, the Fountain Hills Town Council recently voted to replace the Moment of Silence that opens their meetings with a prayer. Often, when Arizona politicians insist on public prayers, they mean to unconstitutionally favor prayers from one particular religion over all others—usually evangelical Christianity. The council has already been contacted by an evangelical group that is attempting to monopolize all the slots.
Fountain Hills is made up of a plethora of people with different beliefs—including Jews, Hindus, Buddhists, Native Americans, atheists, humanists, agnostics, Baháʼí, Muslims, and people with all kinds of interpretations of Christianity. We don’t know yet if the Council intends to invite all these beliefs to participate in their prayers. We want to ensure that the Constitution is followed.
So we have a simple request: if you or someone you know lives in Fountain Hills and has connection to a spiritual or freethought leader from a non-evangelical belief system, let’s have them request to lead an opening invocation. If they’re allowed, great! If not, we’ll know if the Council has an illegal proselytizing agenda and we can take the necessary action.
Direct your request to the mayor at: gdickey@fountainhillsaz.gov.
Please let us know what kind of response you get or if you need assistance.  Contact us at legaldirector@secularaz.org.
Thank you so much for standing up for separation of church and state.