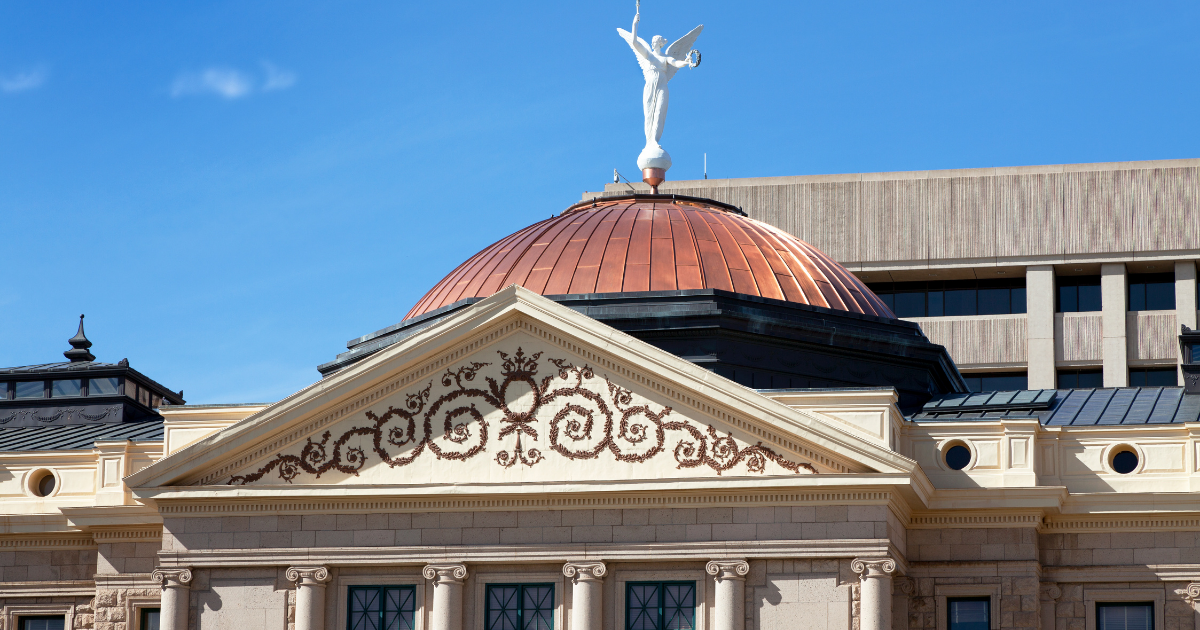 As predicted, the brutality of the 2021 legislative session has led to a plethora of lawsuits against the many unconstitutional bills attacking voting rights, women, education, and public health. You, the taxpayer, will be paying the bill for the lawyers the state hires to defend these unconstitutional laws and the lawyers who will fight to overturn them. That money could go to education instead or health care or housing or anywhere other than this stupidity.

Many people who worked in the 2021 legislative session have described it as brutal, one of the most difficult they have experienced. Though there was only a one vote Republican majority in both houses, collaboration was completely absent. Even though the people of AZ chose a nearly 50/50 bipartisan legislature in the hopes of tempering some people’s worst impulses, this fact was ignored.

Mi Familia Vota and others sued in federal court on SB1485 (voter purge after elimination of Permanent Early Voter List and requirement that person vote in two previous elections) and SB1003 (making cure period for voters who sent in ballot without signature 7 p.m. on day of election rather than five days after election). The national parties have intervened and the litigation is ongoing.

Arizona School Boards et al. sued in state court against several laws thrown into the budget bills at the last minute because of the violation of the title requirement, violation of the single subject requirement, and violation of equal protection. Judge Cooper ruled on Sept 22 and held that the rule prohibiting schools from requiring masks or vaccines is improper and the law prohibiting teaching certain topics is improper. Likewise the law that colleges and universities cannot make any COVID requirements was found improper. And the law that schools or businesses cannot require immunization for attendance is wrongful. The last law requiring the secretary of state to turn over our voting information to anyone the legislature says, some strange ballot requirements re-watermarking, taking away the power of the current secretary of state, and prohibiting counties, cities and towns from taking any COVID measures were also thrown out. SB1819 in its entirely was thrown out because it violated the single subject rule. It included all manner of things including voting and COVID along with dog racing, condominiums and the museum!

City of Phoenix v. State of Arizona followed suit and sued the state on August 17 over the single subject and title rule regarding HB2893, the budget reconciliation bill that requires that the head of any board overseeing police be a police officer. The city also sued on the SB1478 and HB2898 that expands what a legislator can ask the attorney general to investigate within another entity — not just in terms of ordinances, but any policy, rule, or regulation. This is clear violation of local control an intense micro-managing of cities. No ruling has yet occurred on this action.

Women’s right to reproductive justice was as usual one of the most attacked along with voting rights. Arizona is unfortunately one of the leaders in the war on women. In the last legislative session the legislature passed SB1457 establishing a “reason ban” based on genetic abnormality and a “personhood” requirement. The federal judge granted the preliminary injunction on the “reason ban” but not the “personhood requirement.” The AG sought a lifting of the injunction prior to full argument at the Ninth circuit but it was denied.

Another budget bill was the notorious “flat tax.” This was a direct attack on Prop 208 passed by 1.7 million voters to increase education funding.  September 28, the Invest in Arizona Coalition submitted hundreds of thousands of signatures to the Secretary of State to put the bill on the ballot in 2022. Arizona Free Enterprise Club challenged the initiative in court because the people should not have any say so in the taxes they pay and the hearing was in October.