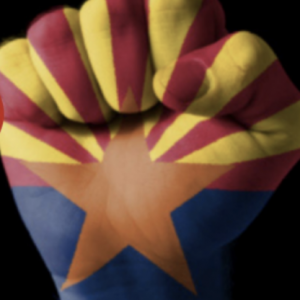 AZ’s primary election delivered some surprises, with a handful of incumbents losing in the primary. Competitive districts to watch in November are LD 6, 8, 17, 18, 20, and 28. Check our Secular Scorecard for information on incumbent votes.

Arizonans turned out in record numbers to vote in the primary election held on August 4, 2020, surpassing the sum total number of votes cast in the 2018 Arizona Primary: 1,208,113 were cast then, 1,226,771 are tallied now. The vast majority of all votes were cast safely and securely using vote-by-mail. You can find more information on how to register to vote or request a mail-in ballot on the Secretary of State website.

We have several supporters of secular government in the State House and Senate; our annual “Secular Scorecard” tracks how lawmakers sponsor or vote on legislation that we support or oppose. Congratulations to returning “Secular Stars” who won their primaries and are expected to win in November:

These lawmakers have gone above and beyond just voting to ensure secular government, but are not an exclusive list of secular supporters. We are very close to achieving a legislative majority which values separation of church and state. This is why elections matter. If Arizona voters elect a majority of lawmakers who support secular public policies in either chamber, we will have our bills heard in committee, discussed, voted, and moved through the legislative process.

Here are primary election results as of August 7. Please note these are unofficial results, but that we do not anticipate the official results to be different. Read on for a breakdown of what the primary results could mean for the November election and the new Legislature.

The biggest win for secular government was the LD26 primary, where incumbent Senator Juan Mendez, a Secular Superstar and key leader in the secular movement, handily won his primary against challenger Jana Lynn Granillo. Now he moves to the November election, where he is expected to win in a heavily Democratic district.

The biggest upset for Secular AZ is LD15, where Center for Arizona Policy darling Nancy Barto has won a competitive race against fellow Republican Heather Carter. Senator Carter was known at the Capitol for blocking some of the most egregious bills lobbied for by the Center for Arizona Policy.  Over $1.6M was spent on just this one legislative race, highlighting the importance of this seat to stakeholders and outside interests. With this win for the Center for Arizona Policy, we can expect to see Barto sponsor more bills similar to those she has so far been unsuccessful in passing – bills opposing transgender youth, women’s reproductive rights, vaccines, and Medical Aid in Dying. We have worked in opposition to Nancy Barto’s legislation for many years and we will continue this important work. However, if the State Senate is turned into a majority of secular government supporters, her bills might stay shelved.

Other Senate Races of Interest

In LD23, incumbent Senator Michelle Ugenti-Rita won her primary against newcomer Alex Kolodin. Senator Ugenti-Rita generally does not support positions of the Secular Coalition for Arizona; however, she was the sponsor of a bill we supported last session that would’ve made birth control more readily accessible and available for women statewide.

In LD6, incumbent Senator Sylvia Allen, a young-earth creationist who has championed anti-sex education and anti-science bills and repeatedly expanded the state’s school voucher program, lost her primary race to newcomer Wendy Rogers. Wendy Rogers faces Democrat Felecia French in the November election, and the race is considered quite competitive.

LD11 turnout for Democrats was high, but they still face an uphill battle with registrations for the November election. Incumbent Vince Leach is a darling of the Center for Arizona Policy and will face challenger Democrat primary winner Joanna Mendoza (read Joanna’s secular survey responses).

Two highly competitive senate races to watch are LD20 and LD8. Neither of these races had a primary challenge, so they were uncontested in yesterday’s election. However, these races will heat up in November when incumbent Senator Paul Boyer faces challenger newcomer Democrat Doug Ervin (read Doug’s response to the secular survey here) in LD20, and when incumbent Representative TJ Shope competes against former lawmaker Barbara McGuire in LD8.

LD26 – Incumbent Secular Superstar Athena Salman handily won her primary, along with her chosen seatmate Melody Hernandez, in a four-way race. Athena and Melody are expected to win in November in this heavily Democrat district.

LD13 – Former state lawmaker and failed congressional candidate Steve Montenegro lost to incumbents Tim Dunn and Joanne Osborne in this heavily-Republican district. While Secular AZ does not receive any kind of secular government support from the LD13 incumbents, our community has been hurt by Steve Montenegro during his tenure as a lawmaker. In 2016, while Mr. Montenegro was majority leader in the State House, he spent hours trying to block atheist lawmaker Juan Mendez from leading the daily prayer on the House floor. In fact, Montenegro released a memo telling representatives if they wish to lead the daily prayer, that they must “pray to a higher power.” He has also been the sponsor of several anti-LGBTQ bills and religious privilege bills. If the unofficial results do not change, he will not return to the state legislature in 2021.

A tactic used by both Republicans and Democrats to try to gain a seat in a slightly competitive district is to run just one candidate when there are two House seats. The theory is that some voters will vote for one Republican and one Democrat in a race with two seats. This tactic sometimes can gain the district’s minority party enough votes to take one of the seats and has worked in the past, most recently in LD17 in 2018 when teacher Jennifer Pawlik (D) earned the most votes in a Republican-leaning district and was elected alongside a Republican counterpart.  Many of the competitive races are so because of the single-shot strategy.

LD6 – Flagstaff Mayor Coral Evans faces off against former lawmaker Brenda Barton (see how Brenda voted on secular issues in 2018 and 2017)and incumbent Walt Blackman. This single-shot campaign has a real opportunity to win a seat; in 2018 the LD6 senate seat was a very close race, and is indicative of the changing views of the constituency. Mayor Evans did not return our secular survey, but receives an honorable mention in that Flagstaff is one of the few cities in the state which does not open council meetings with a prayer; a sign of respect for separation of church and state.

LD8 – Incumbents David Cook and fFrank Pratt (consistently low scorers on our scorecard) will be facing secular supporter and newcomer Sharon Girard (read Sharon’s secular survey answers here) as she attempts a single-shot seat in what is considered a competitive district in November.

LD11 – Newcomer Felipe Perez had a strong turnout in LD11 as a single-shot Democrat vying for one of two seats in November. His vote count was under 50 votes shy of the top Republican Incumbent Mark Finchem and over 3,000 more votes than incumbent Bret Roberts.

LD17 – As mentioned above, Jennifer Pawlik is once again running a single-shot campaign to keep her seat in the Arizona House. LD17 is highly competitive and she was the top vote-getter in the 2018 campaign. She will face incumbent Jeff Weninger and newcomer Liz Harris.

LD28 has competitive races in both the House and Senate, and is considered one of the most highly competitive districts in the state. There were no primary races in this district and the lead up to the November election is expected to get heated.

LD4 incumbent Gerae Peten is a friend to the Secular Coalition and faces a single-shot Republican candidate; this is potentially a competitive race. Read Gerae’s secular survey responses here.

If you support the fight for a secular Arizona government, please consider making a donation today to support our work.