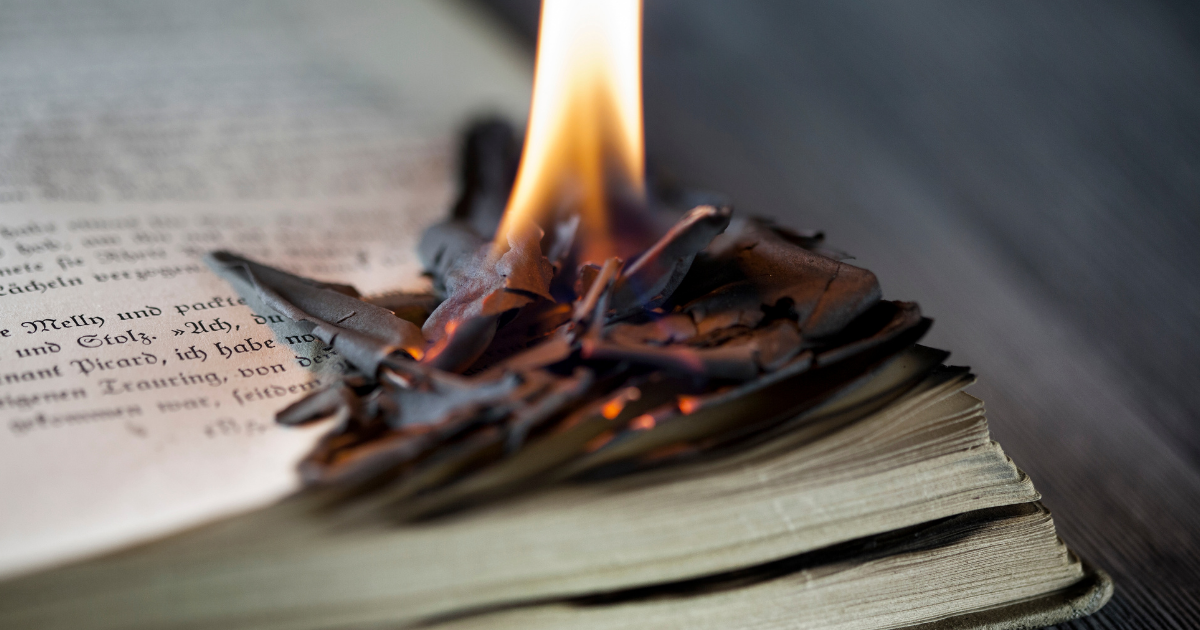 Socrates, the famed ancient Greek philosopher, was put on trial for failing to acknowledge Athenian gods, introducing new deities, and corrupting the youth. The consequence of these actions was a death sentence. In The Apology of Socrates, he charges Athens for their anathema to philosophy, a discipline focused on attempting truth through reason, knowledge, and inquiry. The city-state abhorred the supposed godlessness and impiety of Socrates, so rather than engage in dialogue, they elected to consign him to oblivion.

Like his contemporaries, those bent on censorship veil their motivations with well-meaning concern. The impetus behind Texas Governor Abbott’s book ban is to shield children from “obscene” content. Books addressing sexuality, for example, are stamped with the label “pornographic.” While those behind the bans are incredulous about race, sexuality, and American history, their concern is not so much the existence of these books but their children’s access to them.

Parents and community members erupting about the inclusion of so-called obscene books in libraries and classrooms fear that their children should have different moral beliefs than them. Moral values instructed by religion, tradition, or culture depend upon agreement. If a child were to discover that gay people in fact exist, this would open an unwanted dialogue in a family or classroom. Worse still, that child could feel empathy for someone unlike themself, a person who exists outside a strictly defined circle of expression.

If certain values require censorship, indoctrination, and tight control for children to accept them, are those values really infallible? Why send children to school for education if they are to believe that there are forms of knowledge so dangerous it can lead to moral ruin?

Novels that carry a scarlet warning– such as Margaret Atwood’s The Handmaid’s Tale–are being banned by veritable authoritarians, precisely realizing the future these authors warned against. Atwood’s work wasn’t purely imaginative; everything she wrote about had already occurred.

Republicans deem themselves victims of censorship in academia and the media. So it comes as a surprise that censorship is morally righteous when it pertains to ideologies incongruous with their values, religious or otherwise. If they expect anyone to take seriously their book banning campaign, then ideological consistency on the freedom of speech would be welcome. But of course, that cannot be expected from a party that trumpets party over policy loyalty.

The biggest corruptor of youth isn’t books, but the obstruction of truth. Those in power historically have a proclivity to mull over the minds of young children, less out of tender concern than cynical ambition. But such an impulse transgresses every liberty we hold dear. If politicians deem children too vulnerable to discuss reality, then how are these kids going to take the reins of the world when their time comes? The purpose of education is to liberate minds, not shun the curiosity that makes them special and gives us hope.

There are existential threats more potent than books—climate change, for instance—yet fear is channeled into wasteful efforts. Perhaps people find control in scapegoating a book where two girls kiss for all the problems of a progressing world. This is easier than amending archaic values and adapting to a more tolerant, more accepting society. This is easier than accepting truth.

Socrates was killed for defending the faculty of reason. We have no excuse not to stand up for teachers, librarians, and school administrators in our local communities who support truth and the freedom of speech. The future of the planet—and the human species—is in jeopardy if children are disallowed to think critically about the world.

There is always a dissident who refuses to conform to a mob. Will you?

Secular AZ is collecting donations of banned books for the Tucson Festival of Books March 12th-13th.