Does This Communion Come with COVID? 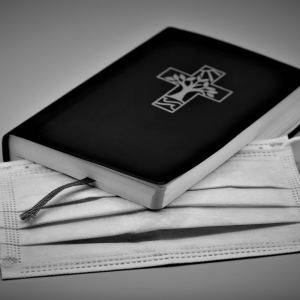 New York Governor Andrew Cuomo issued Executive Order 202.68 on March 7, 2020 which, in part, placed limitations on the capacity allowances for houses of worship. In the zones of New York most severely affected by COVID-19, houses of worship were to be subjected to a capacity limit of 25% of maximum capacity or 10 people, whichever was fewer.

In response to this executive order, the Roman Catholic Diocese of Brooklyn, New York and Agudath Israel of America and its affiliated entities applied for injunctive relief in order to prevent Governor Cuomo from enforcing Executive Order 202.68 while they seek appellate review of the Order.

Under the law, plaintiffs seeking preliminary injunctions have to prove that they are likely to succeed on the merits, that they are likely to suffer irreparable harm in the absence of preliminary relief, that the balance of equities tip in their favor, and that an injunction is in the public interest. The Supreme Court held that both the Roman Catholic Diocese and Agudath Israel of America met all of these standards for relief.

To succeed on the merits, the applicants had to make a showing that the restrictions they are challenging are not neutral. The Supreme Court held that the applicants were able to show this through the lack of evidence that they have contributed to the spread of COVID-19 and the admittedly more relaxed rule for other non-religious services that have been deemed “essential.” For example, the order allows certain large retail stores to allow, “literally hundreds of people shopping there on any given day,” while restricting houses of worship to 10 or 25 people.

The Supreme Court voted in the majority that, “[t]here can be no question that the challenged restrictions, if enforced, will cause irreparable harm.” The basis for this opinion is that those who want to go to religious services in person will suffer harm that will never be fixed, such as Roman Catholic Diocese patrons’ inability to receive communion and Orthodox Jewish peoples’ inability to meet their requirement for personal attendance.

Finally, the Court held that the granting of the applicants desired relief will not harm the public. This, according to the Supreme Court, is because the State has not claimed nor shown that the public health would be in jeopardy if less restrictive measures were imposed.

Free Religious Exercise? Not in Question

The dissenting opinions in this case provide a different viewpoint on the matter. Supreme Court Justice Sotomayor’s dissent points out that free religious exercise is an important constitutional right, but it is not being called into question in this case. The Constitution, Sotomayor writes, “does not forbid States from responding to public health crises through regulations that treat religious institutions equally or more favorable than comparable secular institutions … .”

This is the case for New York Executive Order 202.68, which treats houses of worship far more favorably than their secular counterparts. For example, large gathering places such as movie theaters and concert venues have been forced to shut down completely and places like grocery stores and shopping malls have capacity limits, mask mandates, and even special hours for people who are more likely to suffer from COVID-19. These types of ordinances have been upheld in lower courts across the country and should serve as a precedent for all places that seek to have large gatherings, whether it is a house of worship or not.

Further, the hypocrisy in applying heightened scrutiny to Cuomo’s Executive Order is illuminated by the Court’s failure to apply heightened scrutiny to clearly religious-based laws such as Donald Trump’s self-described “Muslim Ban” that was designed to thoroughly prohibit Muslim people from entering the United States. If the Executive Order that Cuomo proposed, which does not specify any one religion or even treat houses of worship more harshly than their secular counterparts, is not neutral enough to meet the aforementioned requirement of neutrality to religion to avoid heightened scrutiny, how is it that a Presidential Proclamation singling out the Muslim religion is neutral enough?

Even more, the Supreme Court has refused to enjoin restrictions on churches in places like California and Nevada, so why are they doing so in New York? We place trust in the Supreme Court, in part, because of its consistency in decision-making, but this strays from that standard and calls into question the legitimacy of the Court as a whole.

There is also, of course, the fact that there actually is a possibility that this preliminary injunction could have a detrimental effect on public health. The Court notes that New York has not claimed that attendance at various religious services has resulted in the spread of the disease. However, there is no way to ensure that allowing houses of worship to operate at their desired capacity will not lead to an increase in the spread except for granting the injunction and hoping for the best. The majority opinion of the Court even admits that they are not public health experts, and that they should defer to scientists who are more educated on the matter, yet they continue to maintain their decision to allow the injunction to be granted.

The Supreme Court of the United States, on November 25, 2020, granted the preliminary injunction to the Roman Catholic Diocese of Brooklyn, New York and Agudath Israel of America. By granting these injunctions, the state of New York was prohibited from enforcing the restrictions on the applicants’ religious services that were present in Executive Order 202.68.

It is not clear the public health consequences this decision will bring, nor the costs of the Constitutional injustices brought about by allowing powerhouses in the religious world to pick and choose what laws they want to follow rather than adhering to the secular conventions of the Constitution.