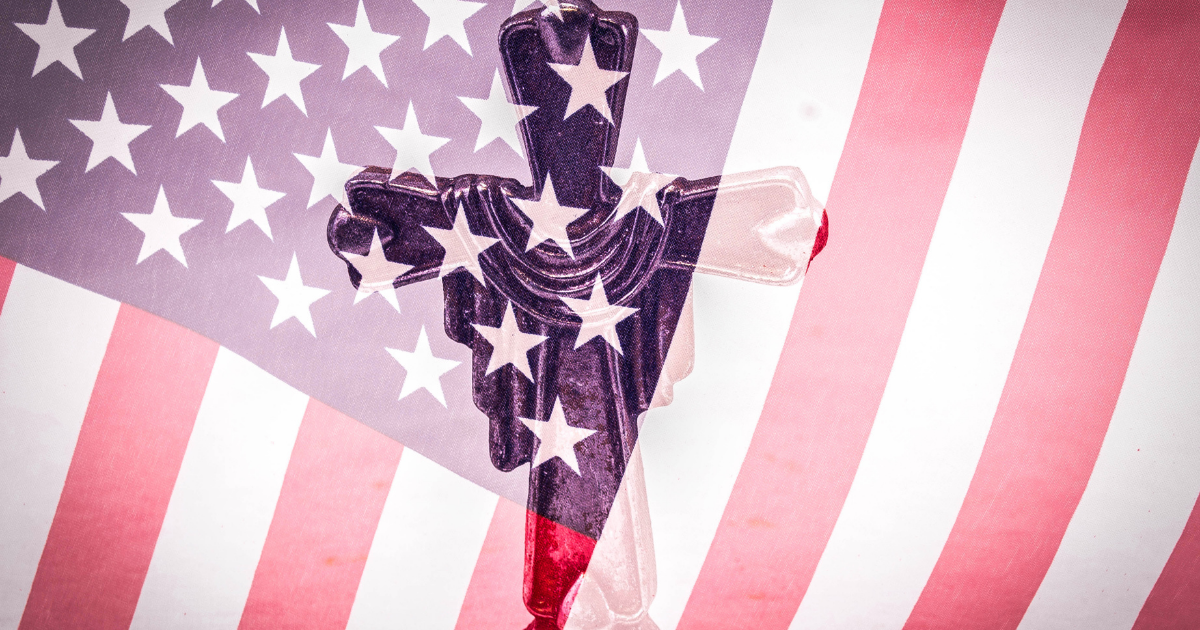 Shurtleff v. City of Boston is the flag case recently decided by the “Supreme Court” (I put it in parenthesis because it’s no longer supreme or an impartial body as a court is required to be). The city has three poles: one for the American flag, one for the flag of Massachusetts, and one for the city flag. Often, the city pole was used by groups having events in the City Plaza, a “public forum.” The city had no rules about the flags and had never rejected an application for a group to fly its flag before — including a Pride flag and a cooperative bank – until a Christian group asked to fly a Christian flag.

The city rejected the request based on the Establishment clause of the First Amendment, i.e. a government not supporting a particular religion. The group sued based on the Free Speech clause of the First Amendment. The district court held that it would be government speech to fly the flag, so the government has the right to refuse, and it is not a free speech violation. The first circuit court of appeals affirmed. The supreme court reversed. They held that the particular flag-raising program in Boston was not government speech because the government had no rules and very little control over it.

A government can express a point of view, but when they invite or allow others to speak, that is when problems start. The majority (Breyer, Roberts, Sotomayor, Kagan, Kavanaugh, and Barrett) used a set of criteria to determine the issue: the history of expression at issue, the public’s likely perception as to who is speaking, and the extent to which the government has actively shaped or controlled the expression.

As usual, evidence was presented on both sides, but unlike Alito in the draft Dobbs decision, the court said balancing competing interests is what we do. They recognized that flags convey messages and symbolize communities. But when, as in this case, the government neither actively controlled these flag raisings nor shaped the messages the flags sent it was not government speech and hence censoring it was a violation of the Free Speech clause of the First Amendment.

Boston maintained time, place, and manner restrictions over events in the plaza, but did not shape or control the flag and its meaning nor ever prohibit one before. Since the city said it would accommodate all comers, it had to do so. Basically, without a policy, anything and everything goes. The Christian flag could not be excluded because it had a “religious viewpoint.” Since the decision, The Satanic Temple has requested to fly their flag. It cannot be refused either.

Boston also argued Establishment concerns because the flag proposed a specific religion. But the court just reiterated that the prohibition violated free speech and did not address the establishment issue.

The city’s lack of control over the entire event was the Achilles heel. They had no policy; the person who handled permits never asked to see a flag, never saw one, never changed one, and they even provided a hand crank so the group could raise and lower the flag on its own.

Alito concurred but didn’t want to use the triad of factors – including history of which he was so enamored in the Dobbs case. He would apply the law only when an actual government person was speaking to say it was government speech.

Alito says you can’t rely on historical expectations, completely contrary to what he said in Dobbs. He also said that history has no meaning for flags today, but he found meaning in 13th century history for women today. He claimed that treating history as significant loads the dice for the city. Yet his recitation of 13th century history loads the dice in Dobbs against women.

Alito claims that government should not seek to compel a private person to convey government speech, but he has no problem forcing a woman to bear a child to convey the government message of no abortion. He is right in saying religion is a viewpoint – but it’s just one viewpoint – yet in the Dobbs leak he would impose that one viewpoint on us all. That is viewpoint discrimination.

Gorsuch in his concurrence attacks the Lemon case and the court who decided it in a vicious manner, calling it a “bygone erre” where the court took a more “freewheeling approach to interpreting legal texts,..” In fact it’s Gorsuch and cronies who are doing that and, as they commonly do, projecting their behavior on others. He’s whining about vague words, circuit courts having differing opinions, and looks to historical patterns – making it sound like he might have written that Dobbs draft.

In a very injudicious way he ridicules all who argued on the Boston side. This lack of civility is rank partisanship which the court has become. These are not adult, serious, thinking, intelligent people who should be trusted with policy of the U.S. They are ranting children.

Gorsuch is living in an upside-down world, as he claims that attacking religion is a favorite tool of petty tyrants. In fact, it has been religious authority attacking the non-religious and other religions… that is what petty, and serious, tyrants have done throughout history. He claims that the Establishment clause is only invoked when a government controls a church, not when government supports religion, a very narrow view.

The separation of church and state is in deep trouble. We are on the verge of becoming a theocracy ruled by bullies from the pulpit – exactly what the original European settlers claimed to be escaping. We have come full circle. Now we who believe in freedom may have to escape to Europe to find it.