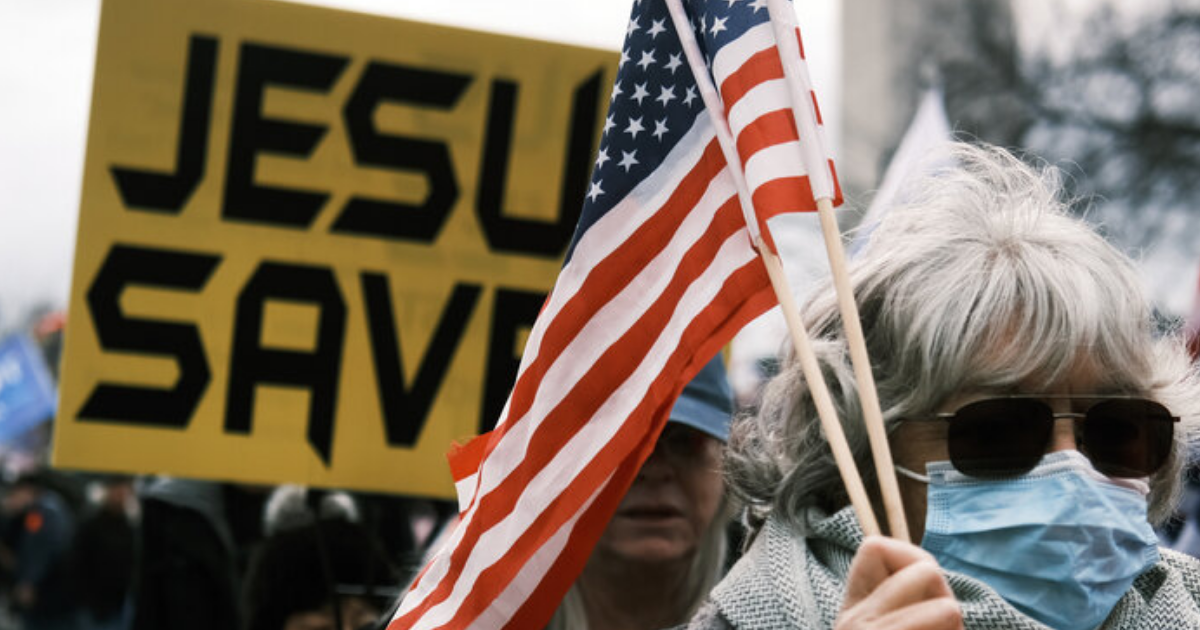 This is not even the worst part of the bill, but I pause here to note that in its previous incarnation (last year’s HB2648), all House Republicans and seven Democrats voted for it. We need to get the word out that this is a wolf in sheep’s clothing. If it passes, in a public health emergency, religious organizations will be above the law and exempt from all public health measures. The qualifying statement above has little effect. The U.S. Supreme Court held that a neutral California COVID prohibition on gatherings of more than three households in one place was discriminatory against religion because it allowed people to gather in stores but not in-home Bible studies. So even neutral regulations can be discriminatory. Also, the government can enforce regulations in stores, on buses, in restaurants – but police are not likely to enter a church service in progress. There is no way to know if people in church are wearing masks or social distancing. It’s hard to imagine choirs wearing masks. There is also an “ecclesiastical exemption” in law, which states that government must not intrude on the internal affairs of a church, at least in matters of faith and doctrine. If a church claims that its rituals require holding hands, singing, or any other activity that contributes to the spread of disease, the government must butt out. So this reasonable-sounding clause in fact will do nothing.

In a previous article I discussed how the U.S. Supreme Court compared the three-household rule which prevented at-home Bible studies, not with the obvious parallel of at-home secular activities such as a child’s birthday party, a poker game, or a book club, but instead with shopping and public transportation. A bad precedent has already been set, and this law will make it easy for religious organizations in Arizona to continue to operate during a public health crisis short of anything but a complete and total lockdown of everything including fire, police, and hospitals. Maybe even if those were shut down, because there’s no constitutional right to them, the argument would go.

There is good scientific evidence that religious services are more likely to spread communicable disease than stores and public transportation. The American Medical Association (AMA) filed a brief in one of the COVID cases that reached the Supreme Court, a church complaining about occupancy restrictions. It listed five factors that contribute to the risk of spreading COVID, even when the precautions of mask-wearing, hand-washing, and social distancing are taken: enclosed spaces, large groups, close proximity to others (small droplets travel more than six feet), long duration of exposure and staying in one place, and loud talking and singing. It concluded that “Religious services have every one of the risk factors listed above. . . . Epidemiologists and physicians generally agree that religious services are among the riskiest activities.” The AMA cited twenty-three independent studies in support of its position. The U.S. Supreme Court chose not to rely on the science. Neither does the Arizona bill. In support of the bill, the “Whereas” section, which supposedly outlines the facts on which the law is based, quotes only one doctor who testified the opposite of the above in a federal court hearing.

Let’s imagine the next public health emergency coming along. There is currently another bill, HB2281, which makes all school immunizations optional and solely up to the parent. There was a measles outbreak in Maricopa County in 1985. Mumps outbreaks still occur in the U.S. and unlike some other preventable diseases, there is still no known cure. Besides these old diseases, the risk of future pandemics of new diseases like COVID is increasing.

We all know that where communicable disease is concerned, people who engage in risky behaviors endanger not only themselves, which many believe is their right, but also the rest of us. Under HB2507, it is their right to endanger the rest of us, too. This bill elevates religious freedom over all other constitutional rights. Freedom of Speech is a treasured right, equally enshrined in the First Amendment, yet the government is allowed to regulate the time, place, and manner of its expression, and even to criminalize some types of speech such as libel and slander. Why should religion get a free pass? We are all guaranteed the Equal Protection of the law, but this law does not protect us equally. It protects those concerned with their “spiritual health” over those of us concerned with our physical health. You may be willing to die for your beliefs, but I’m not willing to die for your beliefs.

If we believe that the state should make public health decisions based on science, not ideology, we must stop this bill from passing. If it passes, religion will trump science and the government will be powerless to stop it.

To oppose HB2507, contact the following lawmakers on House Judiciary Committtee before Wednesday 2/2/22: