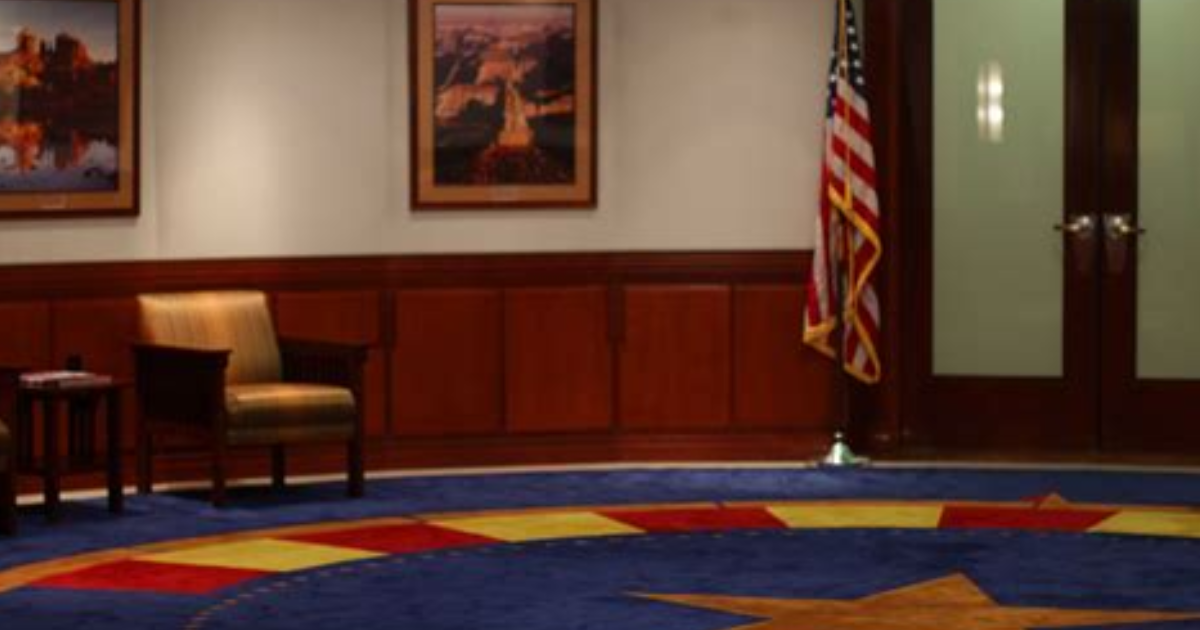 Governor Ducey went to Israel at the beginning of June for a five-day visit purportedly to strengthen economic ties.  But from his tweets it appears that he spent most of his time touring religious sites – on the taxpayer dollar.  This is a clear violation of the U.S. Constitution First Amendment and the Arizona state constitution about toleration. He has been warned every year since 2019 for inappropriate communications on government channels regarding his Easter and Christmas posts. He continues to disregard the law.

The Establishment Clause of the First Amendment of the U.S. Constitution prohibits government sponsorship of religious messages. All governmental actions must: 1) have a secular purpose, 2) not have the effect of advancing or inhibiting religion, and 3) not result in excessive entanglement between church and state. It is inappropriate for the state government to endorse a particular religion, one religion over another, or religion over non-religion according to both the State and Federal Constitutions. According to the Encyclopedia of American Religions, there are 1,584 different religions in the world (or according to another source 4,200) ranging from Ancient Order of the Druids to Zotheria. Under the Arizona Constitution, you cannot treat religions or the non-religious differently. The best course for government is to stay out of it completely and leave it to the personal realm.

Elected officials should not use their government position and government property to promote their religious views. The governor’s office is to represent and protect the rights of all residents of Arizona, including those who do not believe in a monotheistic god or any gods at all. The Supreme Court has said time and time again that the “First Amendment mandates government neutrality between religions and between religion and non-religion.”  McCreary Cnty. Ky, v. American Civil Liberties Union of Ky., 545 U.S. 844, 860 (1995); Wallace v.  Jaffree, 472 U.S. 38, 53 (1985); Epperson v. Arkansas, 393 U.S. 97, 104 (1968); Everson v. Board of Educ. Of Ewing, 330 U.S. 1, 15-16 (1947). This principle is violated when a government employee promotes religion on behalf of the state. The Supreme Court has ruled, “(t)he Establishment Clause at the very least, prohibits government from appearing to take a position on questions of religious belief.”  Cnty of Alleghany v. Am. Civil Liberties Union Greater Pittsburgh Chapter, 492 U.S. 573 (593-4) 1989.  This means not just Governor Ducey but every elected official.

No one seeing a religious statement on a government communication channel should be made to feel excluded and like “outsiders, not full members of the political community,” McCreary, 545 U.S. 860 (citations omitted) because a government employee is professing a personal religious preference while speaking on behalf of the state government.  Lynch v. Donnelly, 465 U.S 668, 688 (1984) (O’Connor, J., concurring)

Courts have struck down symbolism that unites government with religion.  In Harris v. City of Zion, Lake County, Ill., 927 F. 2d 1491 (7th Cir. 1991) the court ruled that the city seals of Zion and Rolling Meadows that contained Christian symbols endorsed religion in violation of the Establishment Clause.  Such symbols convey a message that is inconsistent with the first amendment (Harris at 1412). The state must be even-handed and avoid any appearance of bias toward some citizens, and hostility toward others.

The Arizona State Constitution provides even stronger assurances to maintain the separation of church and state than does the U.S. Constitution.

Section 12. The liberty of conscience secured by the provisions of this constitution shall not be so construed as to excuse acts of licentiousness, or justify practices inconsistent with the peace and safety of the state. No public money or property shall be appropriated for or applied to any religious worship, exercise, or instruction, or to the support of any religious establishment. No religious qualification shall be required for any public office or employment, nor shall any person be incompetent as a witness or juror in consequence of his opinion on matters of religion, nor be questioned touching his religious belief in any court of justice to affect the weight of his testimony.

Such actions also violate Article XX §1 of the Arizona Constitution that provides:

Posting overt religious statements supporting one of 1,500 religions shows intolerance for religious sentiment other than the Governors. Overall, 23% of Americans identify as non-religious.  Nationally about 35% of millennials are non-religious. The most recent Pew Research poll found that 27% of Arizonans say they have no religion, compared to 23% nationally.  For the State government to sponsor any kind of religious message alienates more than a quarter of Arizona citizens in violation of the Arizona Constitution. Restricting any religious symbols or displays on government property allows government entities to remain religiously neutral and conform to the State Constitution and the federal court’s interpretation of the Establishment Clause. Elected officials must respect the rights of conscience of all citizens, including those who in good conscience reject belief in a god.

In this election season, we want to ensure that those of you in office and those of you running for office are aware of your legal and ethical obligations not to proselytize in your campaigns or in office.  We are watching.