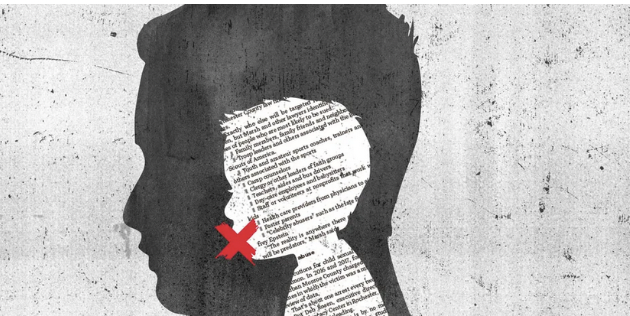 Two recent reports about hidden abuse in our religious and educational organizations add to the growing pile of abusive institutions, e.g. the Catholic Church, the Boy Scouts, and Olympic trainers. The reports illustrate the point that the lack of transparency and accountability alongside unjustified reverence for religious and private institutions is a perfect brew for abusers and a perfect storm for victims.

The Report of the Independent Investigation of the Southern Baptist Convention Executive Committee’s Response to Sexual Abuse Allegations and an Audit of the Procedures and Actions of the Credentials Committee, by Guidepost Solutions LLC, May 15, 2022 encompasses a 288-page investigation on sexual abuse within the church and the coverup.  Like the other abuse scandals we have seen, the survivors of sexual abuse in the church reported it for nearly twenty years, yet no action was taken except a cover-up and hostility toward the survivors led by a few senior leaders and outside counsel.

They hid the reports to avoid liability while survivors were ignored, disbelieved, or told the church could do nothing.

Finally in 2021, a vote was forced at the national convention to do an investigation. Surprising to no one, even high-level pastors were sexually assaulted and got no response. Senior staff and counsel’s main concern was to avoid liability — not to assist survivors or stop the abuse. 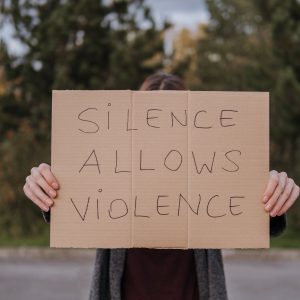 Like the Boy Scouts, the church had an internal list of 703 accused ministers that was never acted on. In the now familiar pattern, the survivors who spoke out the loudest were the most maligned, viciously attacked, and vilified even being accused of doing the work of the devil. One can’t help comparing this to the witch hunts where the rapes of girls and women were blamed on women consorting with the devil when in fact the rapists were real people — family members or neighbors and often church hierarchy themselves.

The Southern Baptist Church had more compassion for the abusers than the victims, often allowing them to go onto abuse others – a pattern we have seen repeatedly in other scandals where the focus was on the abuser’s reputation and career not that of the victim.

Attempts at reform in the Southern Baptist church were rejected claiming individual church autonomy. The church is not organized in a hierarchical fashion like the Catholic Church, and it does not ordain pastors or set practices. This was the leaderships’ excuse for failing to act.

In the audit, Guidepost Solutions interviewed approximately 330 individuals and had access to over five terabytes of data. They talked to 175 Executive Council (EC) Trustees; 42 current and former EC staff members; and did two surveys.

Predictably, the recommendations for the EC included:

Guidepost Solutions also made recommendation for the credentials committee: have members who support reports of abuse and train and support those members, formalize and improve the processes, adopt standards, improve reporting procedures, do a complete audit, be transparent, and adequately fund all this.

Arizona houses 167 Southern Baptist Churches. Many people have voiced concern that because of the fierce independence of the churches, nothing will be done. Criminal cases may be brought — but only if a victim comes forth, meets the legal requirements, and is assigned a prosecutor who cares. Personal injury cases may be brought but, again, only if a victim comes forward, meets the requirements, and can find an attorney.

Also in May 2022, a 106-page report, entitled: Federal Indian Boarding School Initiative Investigative Report by Assistant Secretary – Indian Affairs Bryan Newland was released. This is the first investigation of the Federal Indian boarding school system, which targeted Native Americans and Native Hawaiians to remove the children from their parents and take the land.

An official list of such schools was developed, and locations investigated for marked and unmarked graves of the children who never made it out. Fifty-three burial sites have already been identified with at least 500 child victims. The investigation is ongoing and many more are expected to be found.

Between 1819 and 1969, the Federal Indian boarding school system consisted of 408 Federal schools at 431 sites across 37 states or then-territories, including 21 schools in Alaska and seven schools in Hawaii. Arizona had 47 schools (12 percent of the total).

The cruel treatment of the children was based on military structures.  They were prohibited the use of their own language, religion, clothing, hair styles etc. The Heard Museum has an excellent exhibit of the experience of a person entering the school and the attempts to change them to assimilate into the “white” culture.

The “schooling” was primarily manual work, such as farming, building, cooking, and garment-making, to ensure a ready supply of cheap labor and domestic service. Punishment was common and included flogging, withholding food, whipping, slapping, and cuffing. In a common torture tactic, the jailers at times made older children punish younger children to break solidarity and identity bonds.

The targeting and removal were traumatic and violent. Hundreds of children are known to have died, and it is expected thousands more will be found. The children were punished for speaking their own language and forced to participate in religious practices they did not subscribe to.

Targeting Indian children for the policy of Indian assimilation contributed to the loss of:

The deaths of the children led to family breakdown and erosion of Tribal religious and cultural practices – exactly the intent of the U.S. government – and has persisted for nearly two centuries. The assimilation of Indian children through the Federal Indian boarding school system was intentional, and part of the broader goal of Indian territorial dispossession for the expansion of the United States.

The investigation will continue to include how much land was taken and how much tribal money was given to churches. They will also examine the use of foster care and adoption programs to remove Indian children from their families up to this day.

The Abuse Is Ongoing

The Indian Child Welfare Act (ICWA) passed in 1978 to prevent state child agencies from removing children from Native homes.  That law is under attack from the Goldwater Institute today. They claim it’s discrimination to treat Indian children differently.

The same kind of arguments are used against so-called “reverse racism” and “color blind” programs.  It’s all right to use “color” for harm but not for good.

Based on this report, a structure will be set up for descendants to identify current impacts such as health status, including substance abuse and violence. The sites and records will be preserved for historical purposes and remembrance. Programs will be funded to revitalize Native languages, study health impacts, and recognize the wrong done with a federal memorial.

Targeting and Blaming the Non-Religious

Like elected officials blaming gun violence on the non-religious, the government of the time said the removal of the children was necessary because they were pagan and needed to be civilized. The U.S. military was called in to enforce missionary orders and set aside Indian land for religious institutions as late as 1897. The report exposed a complete lack of oversight and coverup of problems.

They called the natives “wild beasts” and because they spoke Spanish, or their own language, the government claimed the tribe was uncivilized. Fort Yuma was exposed as a prime example of the abuse of the Quechan tribe. Results from the violent treatment echo today, with chronic health problems passed down through generations for those placed in such schools versus those who escaped that fate.

What is clear from both reports, and history, is that when government responsibilities are outsourced to private organizations and when churches are not required to be transparent and accountable for public dollars, abuse happens.

Lack of Transparency and Accountability Lead to Abuse

For-profit prisons have proven to be disasters, with more disciplinary tickets, and thus longer stays because it makes more money for the company at the price of another person’s freedom. Privatized medical care at the Arizona Department of Corrections, found by the federal court to be substandard, was unable or unwilling to comply with minimal medical requirements imposed by the court. Arizona taxpayers footed the millions of dollars in fines that accumulated daily.

Private schools educate children no better than public schools, in spite of the fact that they have more resources and cherry-picked children with smaller classes. For-profit colleges have bilked students, often the most vulnerable, out of billions of dollars that the U.S. taxpayer must repay as federally backed student loans. Arizona has seen a plethora of them come and go.  Some states, including Arizona, want to turn over foster care and adoption to church groups, which is just asking for trouble.

Whenever the profit motive — and that includes churches —  gets in the way, humanitarian values go out the window.

Whenever one group thinks its beliefs are superior to another, freedom goes out the window and abuse occurs.

It is these special privileges that are shielded by the law that allow abuse to flourish in the shadows. Until these private institutions are held to the same standards as public ones, until their practices are transparent, until their violations are reported and punished, they will continue to take advantage of the most vulnerable of our population.

Join us to stand up for the separation of church and state and the protection of all our citizens.