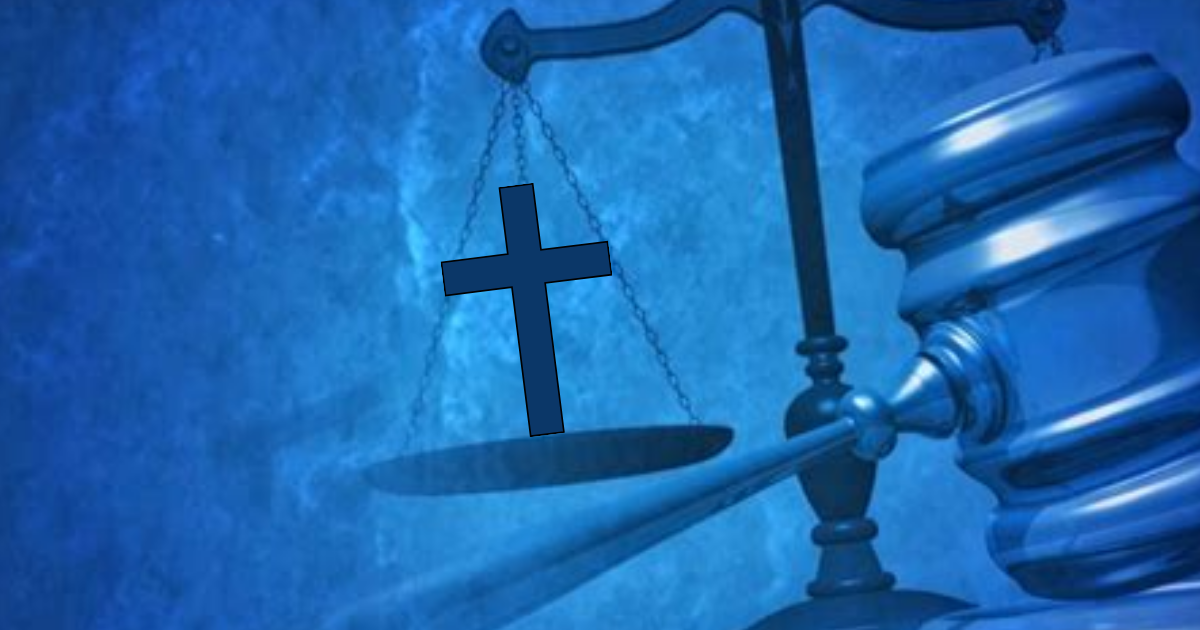 We already have a law that does this, ARS 41-1493 through ARS 41-1494 (FERA)[2].  The existing law prevents the government from burdening a person’s free exercise of religion unless there is a compelling government interest and the restriction is as narrow as possible. “Person” is defined to include organizations, so FERA already protects religious organizations as well.

However, the new bill removes the compelling government interest limit on religious freedom. In HB2507, religious freedom has almost no bounds; it is completely beyond the reach of government, with a few exceptions that are heinous crimes; and these exceptions were just added by a recent amendment.

None of our other civil rights are boundless. Freedom of speech is subject to time, place, and manner restrictions, and some speech is even criminalized, such as slander or incitement to riot. Freedom of the press does not exempt a reporter from giving up a confidential source when subpoenaed to testify before a grand jury because criminal justice is a compelling government interest. Freedom of association allows workers to form labor unions, but labor unions are regulated by the government. The Equal Protection clause is the basis for many anti-discrimination laws, limiting the freedom to discriminate in the workplace and in public accommodations. But if this bill passes, anyone whose discriminatory action is based on a sincerely held religious belief will be permitted to discriminate.  In short, this bill makes the Free Exercise of Religion Clause superior to all other rights guaranteed by the Constitution.

The breadth of this bill–the number and variety of people and organizations it protects, the scope of governmental and even personal actions that are treated as religious discrimination, and the types of conduct that are protected in the name of religion–goes way beyond any laws or court opinions currently in existence.

Here some of the favors that are already granted to religious organizations under current law:

Under HB2507, these privileges would become rights. If the government tries to take them away, it would be considered discrimination against religion. Furthermore, it would become illegal for religious organizations like schools to be denied any funding or benefit given to their secular counterparts.

Under HB2507, “Religious organization” does not only mean houses of worship but religious societies, corporations, educational institutions, clubs, and associations whether or not they are affiliated with any church.  It also includes ministers and religious leaders, employees and volunteers. The Protestant Reformation breakaway from the Catholic Church in the 1500’s interpreted the Bible to say that every member of a church is a minister. Hence, all members of non-denominational evangelical churches would be granted privilege under HB2507.

This definition gives private corporations such as Hobby Lobby, small businesses such as Brush & Nib Studio (see the first article in this series), and any individual business owner the statutory right to discriminate against others if based on their religious beliefs.

All the progress that has been made with anti-discrimination laws beginning with the Civil Rights Act of 1964 goes out the window with this bill. If a white restaurant owner sincerely believes that God created the white race superior to all others, and created other races to serve white people, then he doesn’t have to serve black people in his restaurant. It’s Jim Crow all over again. This is not far-fetched–many Christian nationalists are white supremacists and anti-Semites. Furthermore, white supremacist ideology such as the justification of slavery and anti-semitism is rooted in religious belief.

Currently, discrimination in public accommodations is unlawful in Arizona:

A. Discrimination in places of public accommodation against any person because of race, color, religion, sex, national origin or ancestry is contrary to the policy of this state and shall be deemed unlawful.

B. No person, directly or indirectly, shall refuse to, withhold from or deny to any person, nor aid in or incite the refusal to deny or withhold, accommodations, advantages, facilities or privileges thereof because of race, color, religion, sex, national origin or ancestry, nor shall distinction be made with respect to any person based on race, color, religion, sex, national origin or ancestry in connection with the price or quality of any item, goods or services offered by or at any place of public accommodation.

HB2507 would grant legal immunities to broadly-defined religious institutions, allowing them to discriminate. In fact, it would become discriminatory to not allow them to discriminate. The bill says that it applies to all laws, rules, and regulations made prior to or after its enactment. It trumps existing laws. The recent amendment exempts only certain criminal conduct, not the violation of others’ rights. Any business could discriminate by claiming a violation of free exercise.

However, HB2507 also conflicts with the Arizona Constitution, and a statute cannot override the Constitution. It states:

No law shall be enacted granting to any citizen, class of citizens, or corporation other than municipal, privileges or immunities which, upon the same terms, shall not equally belong to all citizens or corporations. Arizona Constitution, Art. 2 Sec. 13.

HB2507 is likely unconstitutional for this and other reasons. All the secular organizations in Arizona should now be able to claim they are being discriminated against–they don’t get all these perks and protections–simply because they are not religious. That should put just about everyone in this state above the law.

The Free Exercise Clause, and other First Amendment rights as well, prohibit governments from infringing on the liberties guaranteed. That has generally meant laws enacted by legislatures and by executive branch rule makers such as boards, bureaus, agencies and the like. In HB2507, the definition is expanded to include a private person suing or attempting to enforce any law or regulation adopted by the state government. In all the history of civil rights law, it has never applied to private individuals, only government actions. This is a bold departure from any established law. A private person who has been harmed by a church or religious organization or business based on religious belief is prohibited from suing or seeking prosecution (with few exceptions). The free exercise of religion would become a defense in almost any civil or criminal lawsuit. This definition denies the victim the fundamental right of access to the courts for redress of grievances, and also violates the Victims’ Bill of Rights in the Arizona Constitution, which guarantees the victim’s right to seek justice. This definition is likely unconstitutional.

There are very few defenses to criminal actions and they are clearly spelled out in the criminal code–entrapment, justification defenses such as self-defense and defense of others, duress, necessity, and some specific to certain crimes. HB2507 rather nonchalantly adds a new one–the crime was committed while acting under a sincerely held religious belief.

HB2507 was recently amended to list specific statutes for which it cannot be used as a defense in a civil or criminal action. They include homicide, sex offenses, assaults, kidnapping, and some others. Several House Republicans voted for it without the amendment. They either didn’t read it, or they were fine with protecting this type of conduct:

Many articles have been written about the church culture of hiding abuse. Church leaders have power over their parishioners because they are seen as the closest to God, and they groom their entire congregations not to question them; the culture of the church says don’t talk to outsiders about this. For example,

Obey your leaders and submit to them, for they are keeping watch over your souls, as those who will have to give an account. Let them do this with joy and not with groaning, for that would be of no advantage to you. (Hebrews 13:17 ESV)

Church leaders are still shielded by this bill for hiding abuse. Here are some of the articles:

The amendment to HB2507 lists specific statutes to which it does not apply.  That means someone went through the criminal code and picked out each one individually. It is astounding what they left out!

Child molestation, sexual abuse, sexual conduct, and pornography are out, but it’s still ok for church leaders and volunteers to expose their genitals to children and administer alcohol and illegal drugs to them (the exact ways that pedophiles groom children and twist their minds to not report the abuse)

All drug offenses and DUIs can be done in the name of religion. (In a 2009 Arizona case a person charged with DUI claimed marijuana was his religion; he was under the influence all the time; and he still needed to drive. Because of the FERA statute, the state denied him this right as a public safety issue–a compelling government interest.[3] HB2507 doesn’t have this safety valve.)

Theft, robbery, arson, burglary, trespassing, forgery, bribery, and perjury are not listed in the amendment; if done with a sincerely held religious belief that it’s the right thing to do, no consequences. It’s easy to justify wrongdoing in the name of a greater good. Too bad for the victim.

Fraudulent schemes and illegal control of an enterprise (with the concomitant thefts, misrepresentations, forgeries) are now protected acts (Remember the Arizona Baptist Foundation in 2006, Jim and Tammie Faye Bakker in 1988)

It’s still okay for religious groups to picket outside residences and protest at funerals and solicit aggressively (Westboro Baptist Church, notorious for protesting at military funerals with the belief that soldiers deserve to die because they fight for a country that tolerates homosexuality)

Human smuggling, sale of a child, fraud, forgery and conspiracy to commit money laundering are okay now (Paul Petersen, imprisoned former Maricopa County Assessor, should have waited for this. His Mormon mission was in the Marshall Islands, where he procured pregnant women for adoptions in the U.S.)

Religious groups can now disturb the peace, unlawfully assemble, riot, obstruct highways, be terrorists and incite terrorism, and refuse an order to disperse.  (If Wendy Rogers and the Oathkeepers say they’re defending God and Country, incidents like January 6 will be above the law–they couldn’t be arrested, be liable for damage to property, or be sued by people they injure.)

This list is not exhaustive but it is terrifying.

The Free Exercise right does not have to reign supreme over all other rights. All our rights are subject to restrictions. They should not be a license to harm others.  Our civil rights are supposed to protect us from an overreaching government. This bill is a governmental overreach itself, giving religious organizations immunity from the law no matter who they hurt.

The Do No Harm Act clarifies that the Religious Freedom Restoration Act is intended to protect religious freedom without allowing the infliction of harm on other people. It would amend RFRA in order to restore the original intent of the legislation by specifically exempting areas of law where RFRA has been used to bypass federal protections. These include well-settled areas of law designed to protect our most vulnerable populations including child labor and abuse, equal employment and non-discrimination, health care, federal contracts and grants, and government services. The Do No Harm Act therefore ensures that religious freedom is used as a shield to protect the Constitutional right to free exercise of religion and not a sword to discriminate.[4]

Unfortunately the bill is not moving through Congress and its status remains “Introduced.” HB2507 goes the exact opposite direction, using religious freedom not as a sword but a nuclear weapon. Arizona needs a state version of Do No Harm, not this.

[1] This is the third and final article in a series on the proposed religious freedom bill which has just passed in the Arizona House and moved on to the Senate. You can find the first two articles here: