Arizona’s charter school system isn’t just defunding public education, it’s opened the door to discrimination in the name of “religious liberty.” It’s been decades in the making as the State created a wild west culture of charter school profiteering, but this path has finally led to legal discrimination owing to two decisions of the Trump-stacked Supreme Court. 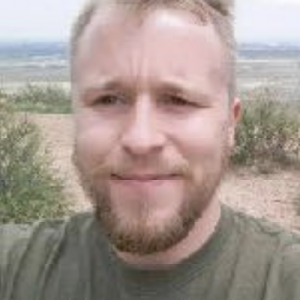 First, the Court handed us Espinoza v. Montana Department of Revenue. In a 5-4 decision, the Court ruled that private school vouchers could not be limited to religiously neutral schools. Now taxpayers in every state can be required to pay to support other people’s religious education. As a graduate of fundamentalist homeschooling, I can see it’s one thing for parents to pull their kids from public school and opt for creationist, homophobic, or Confederate-flag-waving indoctrination on their own dime like mine did. It’s another to expect your neighbors to pay for it.

Then, just this week, the Court took a sledgehammer tochurch/state separation with a decision whose impact will be drastic when paired with Espinoza. In Our Lady of Guadalupe v. Morrissey-Berru, a private Catholic school fired a teacher for what the teacher alleged was age discrimination. The school argued that anti-discrimination laws did not apply under the ministerial exception, and therefore the EEOC and the court system had no authority to question the firing. The ministerial exception isn’t original to this case. For example, it’s the reason a church that believes it’s a sin to be gay can fire their pastor for being gay.

The problem is determining where the ministerial exception stops. The teacher in this case wasn’t ordained. She didn’t carry the title of minister. She was an English teacher who was required to insert some religious content into instruction. But the Court elevated her position as it said:

“The religious education and formation of students is the very reason for the existence of most private religious schools, and therefore the selection and supervision of the teachers … lie at the core of their mission.”

Therefore, the ministerial exception applied to her, and the school could fire her without recourse. Her case that the firing was motivated by age discrimination will never be heard. The only question left is where it will stop.

As an attorney, my first thought is to put myself on the other side of future cases that will arise under these precedents. If I’m the lawyer for a private Christian school in Arizona, the first thing I’m doing now is demanding taxpayer funding under Espinoza. Second, I’m advising my client to require their staff to be as active in the religious aspects of the school as possible. Is their math teacher too secular to fall under the ministerial exception? Require them to open every class with prayer. Does a school administrator do their job without the religious mission of the school affecting their work? Mandate all staff to participate in weekly Bible studies so they can’t avoid it.

This is how a Christian school exempts itself from equal opportunity laws. This is how they ensure they can fire those staff later if their personal life doesn’t line up with the school’s faith. And most crucially of all, all of us will have to pay for it with money our public schools desperately need.

What can we do about it? For starters, the Supreme Court isn’t elected, but it’s very much on the ballot this November. But here at home, Arizona needs to take a good look in the mirror. If taking money from public schools means supporting legal discrimination, maybe we should revisit our priorities.