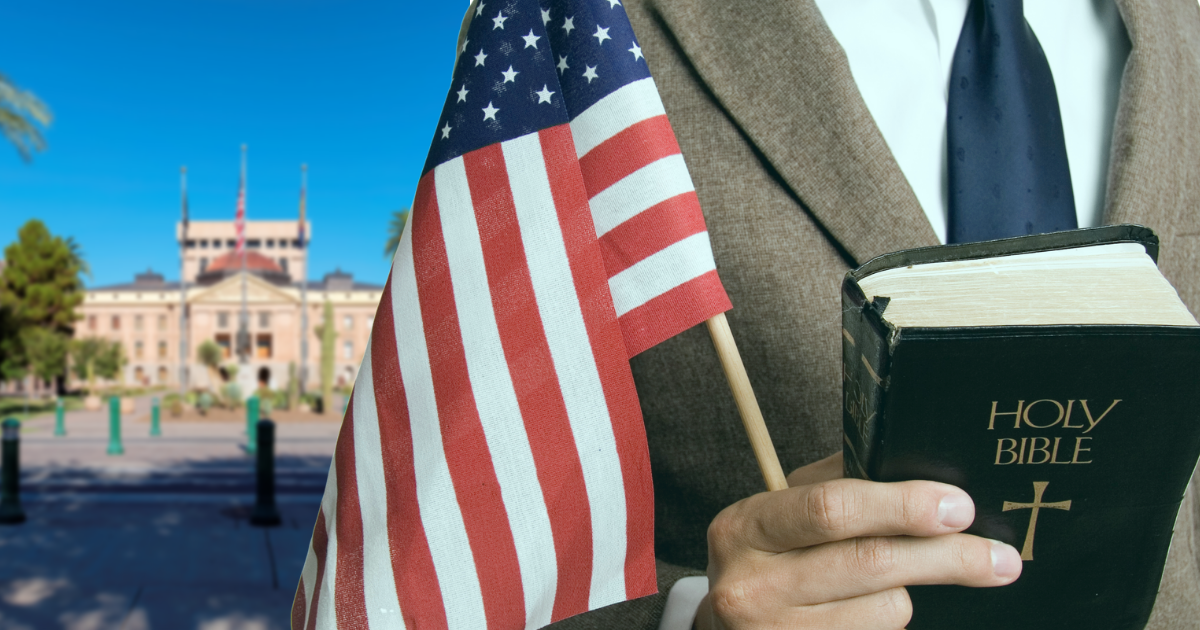 The Fifty-fifth Legislature tested whether the separation of church and state will change from constitutional protection to a constitutional violation. There are two cases to be made in the aftermath of this session. First, the state of secular government in Arizona is strong thanks to Democrats who mostly (though not always) heeded constitutional mandates barring the establishment of religion. Second, the state of secular government in Arizona is weak thanks to Republicans who are resolved to promote their faith in every area of public life. The outcome of the 2022 Midterm Elections will decide whether the state of Arizona is governed as a democracy or a theocracy—and it rests upon the civic participation of secular voters and citizens who value fundamental civil liberties.

Among those rights are access to safe abortion, public education, LGBTQ+ rights, voting, and non-discriminatory protections. Thankfully, there are secular champions in the State House. Representative Pamela Powers Hannley (D-Legislative District 9), according to Secular AZ’s 2022 Legislative Scorecard, which tracks the votes of legislators on church-state issues, earned an impressive 100% percent—with 22 out of 22 votes in alignment with Secular AZ positions. She voted against measures to bypass gun-free zones at public schools and ban books that talk about sexuality or race. Rep. Hannley upheld healthcare and athletic protections for transgender youth and classroom instruction on subjects related to racial and gender injustices. Half of the Democratic State House members voted with Secular AZ 90 percent of the time. On the Republican side, there is little cause to celebrate, with only two legislators earning a score above 5 percent.

With the overturn of Roe v. Wade and a string of Supreme Court decisions staining the fabric of a democratic nation, it is imperative that voters declare that a radical minority cannot legislate for the majority. Surveys demonstrate that most Americans are supportive of basic social justice protections, including abortion and gay marriage. Outrage and frustration are understandable reactions to brutal politics; however, we must transform these emotions into advocacy and activism—to not merely react to news headlines but become a small but vital part of a local, state, and national movement to restore American democracy.

Find your legislator here to learn how they performed this legislative session. The only way to restore American principles—founding ones, not Christian nationalist myths—is to volunteer, donate, and most importantly vote during this cycle. Grassroots campaigns need your unequivocal support. Our status as free, democratic citizens rests upon it.