In God We Trust? How Christian Nationalists use Theistnormative Legislation to Advance Their Agenda 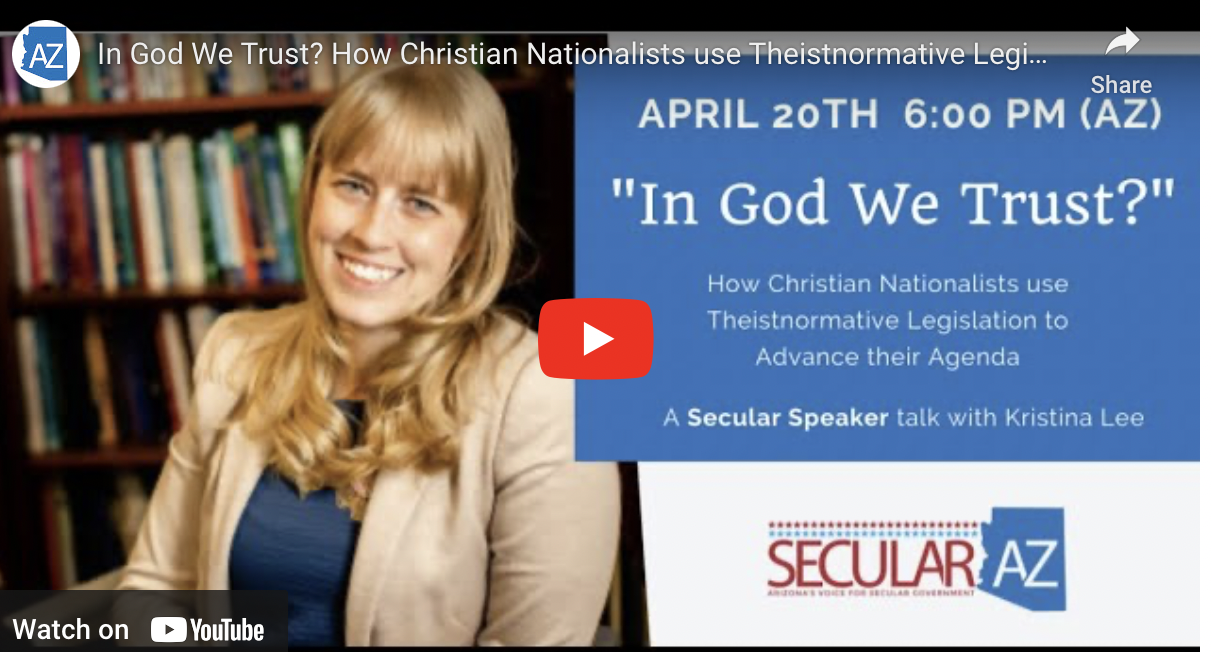 In the United States, citizens are often portrayed by leaders as being believers in a higher power. This theistnormative narrative works to associate the belief in a God with good citizenship while simultaneously framing atheists as un-American. Throughout U.S. history, Christian nationalists have played a key role in passing legislation that has been and continues to be used to enforce this narrative while also helping to advance their agenda of establishing the United States as a “Christian nation.” The most pervasive example of such theistnormative legislation is the national motto “In God We Trust.” This presentation explores the history of how and why Christian nationalists worked to get the theistnormative motto on coins during the Civil War and helped to make it the national motto in the 1950s.

Today, Christian nationalists are working to pass “In God We Trust” bills to help further their agenda and it is imperative that the secular community take these bills seriously.

Kristina M. Lee is a Ph.D. candidate at Colorado State University. Kristina studies the intersection of religious and political rhetoric, with a particular interest in issues relating to Christian nationalism, atheism, theistnormativity, and religious marginalization.