The intersection of law, medicine and so-called “morality” in the U.S. healthcare system poses a serious threat to patients’ access to healthcare and information. That’s the overarching message sent by a panel of experts in medicine and law we convened in December of 2021. As part of our annual Secular Summit event, Secular AZ organized a discussion on refusals of service based on religious beliefs, featuring the following experts and moderated by Secular AZ Legal Director Dianne Post:

You can see the full video here. Let’s summarize what these experts working in the fields of medicine and law have to say about how refusals of service based on religious beliefs affect patients.

END_OF_DOCUMENT_TOKEN_TO_BE_REPLACED 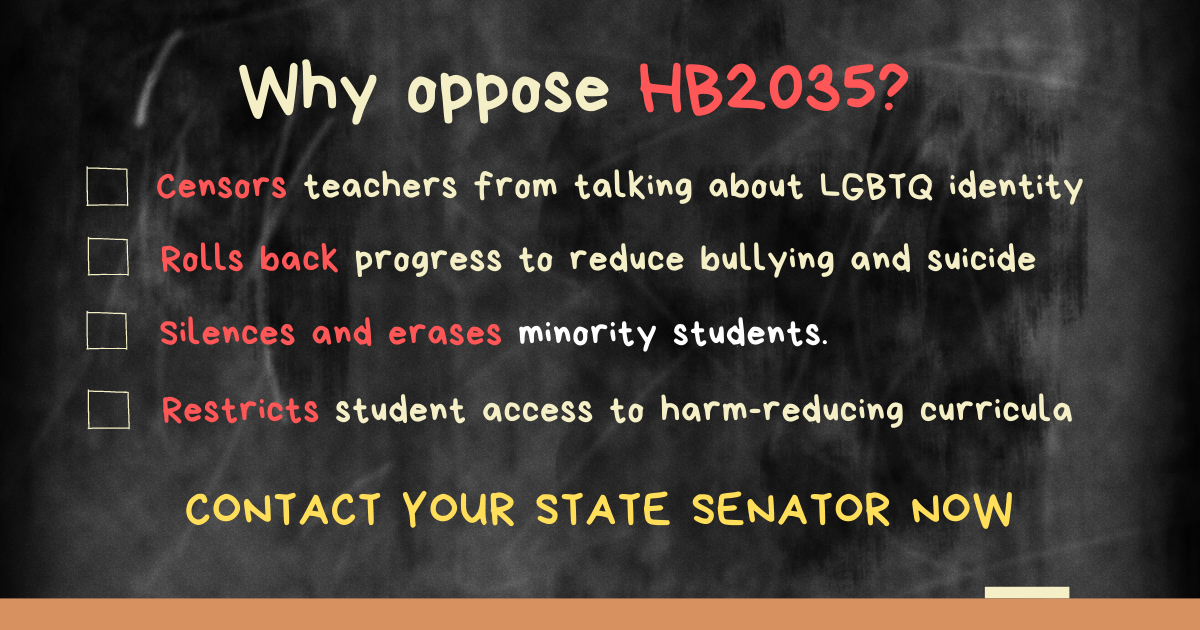 On the surface, HB2035 is “just” an attempt to limit access to sex education. It kicks every child in Arizona out of sex education without written permission, and bans teaching sex education at all before 5th grade.

Under the surface, HB2035 is even worse.

HB2035 is yet another attempt to re-institute “no promo homo” policies in schools, on par with SB1456 vetoed by the Governor last month. Its coded language would result in teachers being banned from discussing sexuality in any course other than sex education unless parents opt in.

This means that discussing the very existence of LGBTQ+ people in social studies, literature, and more would require a permission slip. This type of policy is meant to intimidate minority students and staff, and roll back progress AZ has made to reduce bullying and suicide among impacted groups.

Committee chairwoman Nancy Barto (R-15) said she consulted with stakeholders groups on HB2035, but only met with groups who supported HB2035 — and sprung a surprise hearing on everyone else that wanted to be involved.

Even without its discriminatory aspects, HB2035 is bad news for public health.For some young people school-based sex education is their only opportunity to receive this harm-reducing information. HB2035 risks eliminating it completely.

HB2035 is dangerous and goes against the wishes of an overwhelming majority of Arizonans (conservatives and liberals alike) who support both sex education and civil rights for all.

HB2035 is headed to a full floor vote in the State House. Join us in making new contacts with our own State Representatives to urge a NO on HB2035.