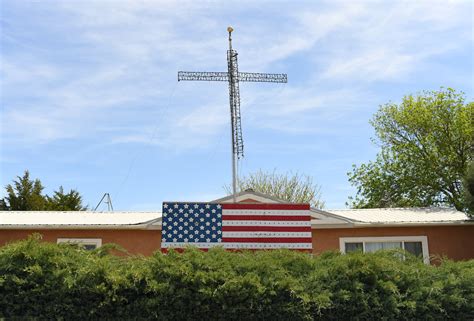 We’ll be brief: the major, dangerous religious exemptions bill we’ve been warning about all session is being heard in on the Senate floor today, moving it just a couple steps away from becoming law. HB2507 would put religious interests above most all others in public life, overriding nondiscrimination ordinances, laws protecting children, and more.

Check out our deep-dive article here for the full scoop.

This bill has been getting bipartisan support, so it’s important our State Senators hear from us, regardless of party. We hope you’ll join us in contacting yours today. Our form letter is still live here if you’d like to use it (again), or you can look up your Senators’ contact info to give them a call here. 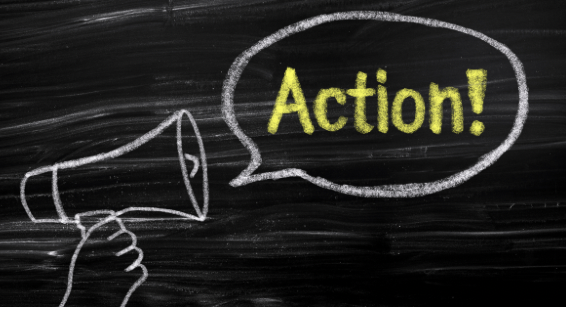 HB2707 unconstitutionally requires teachers to lead the Pledge of Allegiance and two-minutes of “silent reflection” (i.e. prayer time) in classrooms.

HB2314 creates a discriminatory “separate-but-equal” system for gendered school bathrooms and other accommodations. It also opens non-cisgender students up to unwanted attention and embarrassment by forcing them to make written requests to use facilities matching their gender identity.

Bonds of trust between parents, kids, and their teachers are key to educational success. Kids need to feel like they can trust the adults in their lives to have their best interests in mind—not to foster atmospheres of religious indoctrination or discrimination.

Here’s what you can do right now about these bills:

Have more time for action?

The parade of anti-democracy bills and other rights violations impacting us all continues. If you’re ready to really dig in, click here for the complete list of bill numbers you can sign in against through Request to Speak or call committee members about this week.

Thank you so much for your commitment and passion. 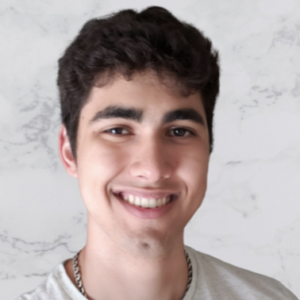 Secular AZ Board member and activist Sami Al-Asady was recently featured in Secular Symphony, a series in which secular voices spark discussion around intriguing questions.

This week’s question: What do you miss – and not – about religion?

“I do not wish to suggest that living a life without faith is unchallenging—of course it is. I would be dishonest if I wondered, despite my atheism, how I would find absolute meaning in religion out of simplicity and convenience. If nature is indifferent to humanity’s suffering, then life would be meaningless, yet I created my own meaning by liberating myself from the allegorical cave and leading a life of reason.”

The Decline of the Establishment Clause?

The ABA sponsored a 90-minute seminar on October 8 on the Establishment Clause of the First Amendment. Marc Stern, general counsel of the American Jewish Committee, moderated the presentation.  He began by outlining the two strands of Establishment Clause jurisprudence: a strict prohibition against aiding religion versus accommodation to religion.

The first speaker was Thomas C. Berg, a professor of law and public policy at the University of St. Thomas in Chicago. He said the Establishment Clause is declining in both a good and bad way.  The good way, as he believes, is that government money can now go to religious operations. Repeatedly he trumpeted the Espinoza v. Montana mandatory school funding decision as allowing impoverished parents to choose which schools to send their children to. That is a complete red herring, as most students in private and religious schools come from well-off families, not the poor, and “school choice” is code for school discrimination as the South developed it after Brown v. Board of Education mandated integration.

To Enforce the Establishment Clause is Not Discrimination

The bad way was an increase in allowing the government itself to pray and display religious symbols as in the Town of Greece v. Galloway city council invocation case and Bladensberg cross case. That was about the extent of our agreement.

Steven Green, professor of law and director of the Center for Religion at Willamette University in Oregon, was the next speaker.  He noted that this struggle has been going on since the Great Society began giving money to private groups to engage in government welfare programs.  The trend has accelerated. Green argued that we can accommodate religion, but when it is a zero sum game and a burden is transferred to another person, that we cannot do (e.g. the Hobby Lobby case was wrongly decided as  “religious personhood” of a business is a complete farce and the “burden” was transferred to someone else, the women employees locked out of health care).

Green said the Establishment Clause has been turned on its head, especially in Espinoza; i.e. the original intent — that government should not fund religious activity — has come to mean that government cannot discriminate against religious activity in funding. But to enforce the Establishment Clause is not discrimination.Religions get benefits that others don’t, such as:

They want to continue to get all those benefits that other non-profits don’t, and get the money too.

Green also argued that the expression clause has also been eroded in the last 10 years. He pointed out that we cannot look at a frozen point in time 240 years ago and identify all the history impacting the actions nor understand the motivations. Also, we have to allow for changes in attitudes and perceptions.

Disestablishment (states having a state religion) disappeared in 12 years.  That was a total change in attitude. At the time of the First Amendment, over 90% of Americans were Protestants. Now less than 50% are. We cannot cherry-pick certain speeches or laws and use those as an analogy. No social impetus has driven the court to support religion. Usually social trends lead the court; in this case, the court is trying to create a trend to take us backward to some previous time.

Holly Hollman, general counsel and associate executive director of the Baptist Joint Committee, spoke next.  She was clear that their history is one of supporting separation of church and state. Our country is envied for its tolerance and lack of discord over religion. These religious decisions are destroying that balance.  They believe that keeping government and religion separate benefits religion; it is not hostile to it. Separation avoids government financial entanglement, which was the main purpose. We have gone from no funding of churches to mandatory funding of churches in the Trinity Lutheran case.  Hollman argues that this trend is harming churches by decreasing their independence, by encouraging attacks on churches for the special treatment they now get (why should churches be exempt from taxes when they get tax money etc.), and discourages fairness to all religions, which leads to intolerance and the weakening of religious freedom for everyone.

Asma Uddin, from the Religious Freedom Center at UCLA, was the last speaker.  She claimed that the main purpose of the Establishment Clause was to expand volunteerism, a point Green completely disagreed with.  She claims that the court in Espinoza simply expanded religious choice (with no consideration for those who chose no religion). Uddin reiterated the holdings of a bunch of cases, read some list written by a professor, and repeated slogans like “leave religion alone” and “religious choice,” but really had not much to add to the discussion.

When You are Used to Being Dominant, Fairness Feels like Oppression

Marc Stern remarked that society is becoming less religious by the decade, and asked how does this or should this influence the court. Green pointed out that the court is seeking to return to an earlier place because white Protestants are concerned about losing their privileged status in society.  They realize they are being deposed from their positions and so they feel attacked. When a group has been in control and held power and then equality is imposed, that group feels they are being treated unfairly.

Studies have been done in school where teachers called on boys disproportionately.  The teachers didn’t believe it until they watched the video tapes.  They thought they were calling on girls equally – they weren’t.  So they started calling on girls equally. The boys complained that they were not being treated fairly. When you are used to being dominant, fairness feels like oppression.

Green pointed out an extremely interesting contradiction: In the Lady of Guadalupe case, the church argued that teachers in the school, even if teaching math, were in fact part of the religious education of the school, because everything the school does is for the purpose of religious teaching. Thus the teachers came under the ministerial exemption and could be fired at will by the church.

These two positions are completely at odds. If you can’t discriminate against a religious school because it’s a status discrimination and what they actually do (teach religion) is not important, then how can the teachers in Lady of Guadalupe school be so integral to the religious teaching because that is the sole purpose of the school that they don’t come under Title VII, but the ministerial exemption to be fired at will by the church? Is the purpose of a religious school education (as they argued in Espinoza) or religion (as they argued in Lady of Guadalupe)? Again, they want to have their cake and eat it too.

The Secular Coalition has prepared a 37-page report outlining all of the 208 religious exemptions, special privileges, and harmful provisions in the Arizona state law from religious favoritism.  We hope to work with you and state legislators in a new legislature in 2021 to remove these attacks on our religious liberty.