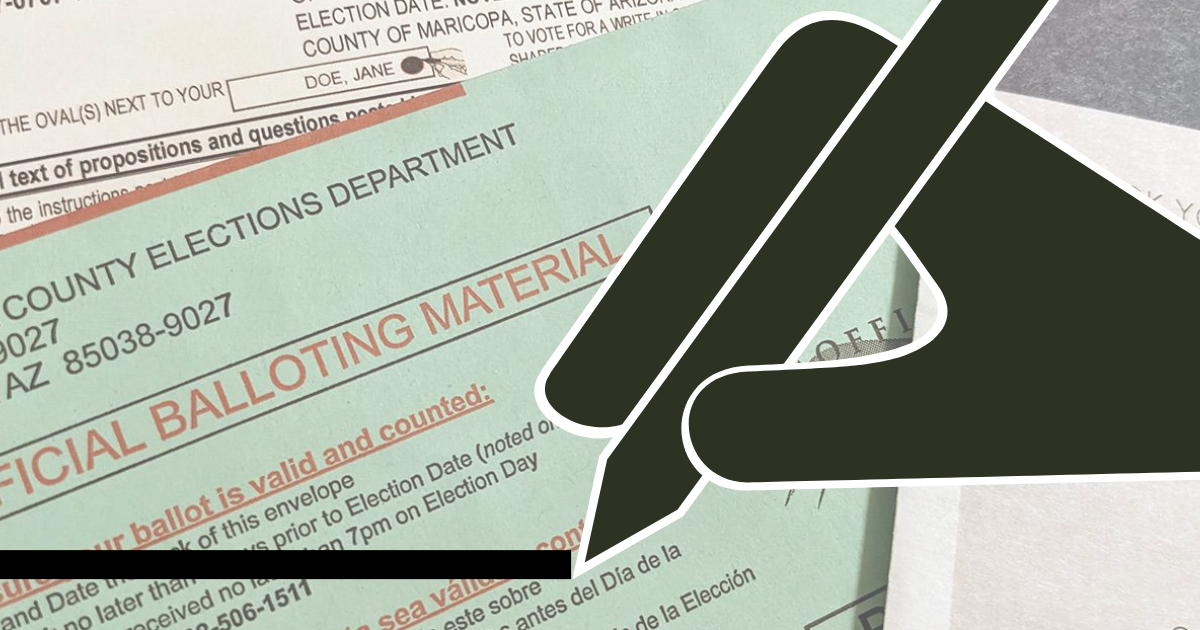 In Arizona LD-22, all State Senate candidates are write-ins.

Votes won’t count for Rep. Diego Espinoza—the only candidate on the ballot—as Espinoza resigned the race to take a job at Salt River Project.

This leaves nine candidates vying for the open seat as a write-in—meaning their names won’t actually appear on the ballot.

Voters will have to physically write their desired candidate’s name on the ballot if they want it to count. The choices are detailed in this Arizona Republic article, where the paper published a survey of candidates’ views.

Eva Diaz (D) was the only candidate to spotlight a separation of church and state issue as her top legislative priority in the Republic’s survey. In her responses, Diaz railed against abortion bans and took the hardest stance against school vouchers (whereas Independent candidate Stehen Diehl supported vouchers and Democrat Kenya Raymond called the voucher expansion “a great start”).

Diaz’s website also shows she is the only candidate to carry the endorsement of an openly atheist Democratic party leader, Sen. Juan Mendez, whose name appears among other heavy hitters within the party such as Superintendent Kathy Hoffman.

Secular AZ does not endorse candidates, however this information may be important to voters in the Tolleson area for whom secular issues are top priority, as well as those looking for strategic candidates to support statewide.

(We’ve added this information to our voter guide here.)

Early ballots should be mailed by this Tuesday 11/1 in order to arrive in time to be counted.