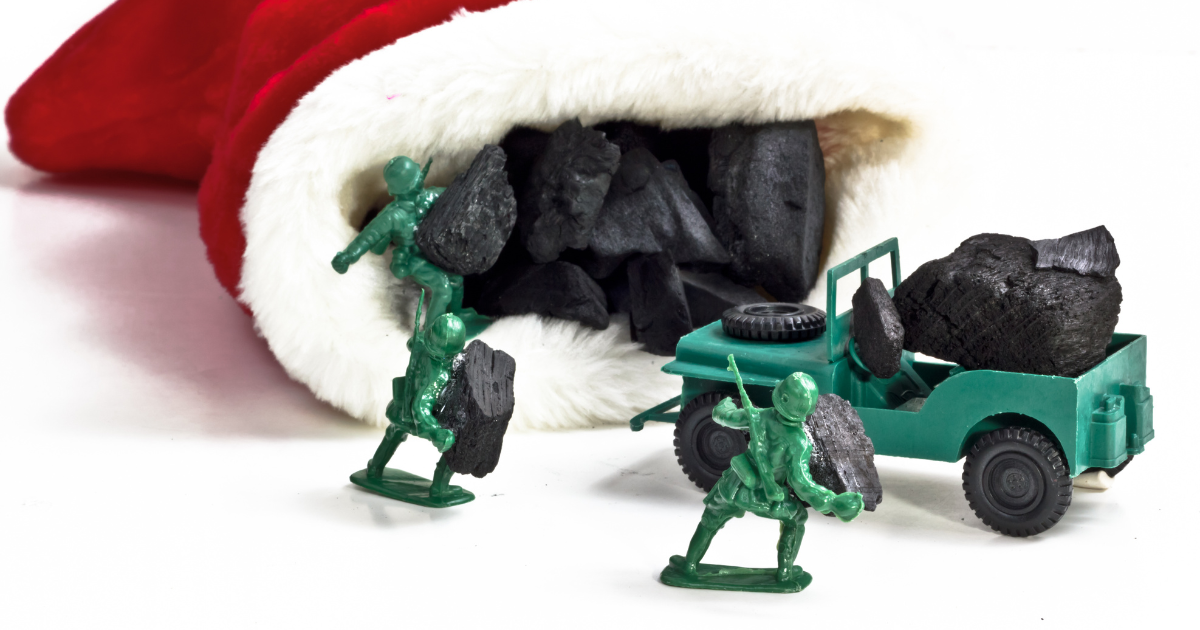 ‘Tis the season for right-wingers to wallow in their persecution complex whenever a public entity acknowledges the existence of non-Christian beliefs!

Okay, in truth it’s kind of always that season, but you know what we mean. We’re talking about the “War On Christmas!”

This week’s “battlefront” involves a Fox News host persuading a town to put up trees by comparing Christmas to D-Day.

The whole thing got us doing a little digging into the legal history of Christmas, and we uncovered a couple gold legal briefs we really liked—”The War(s) on Christmas in the Law Books” and “Researching the Legal History of Santa Claus” by attorney Kurt X. Metzmeier.

They were chock full of interesting facts you might have fun tossing back across the dinner table with that one member of your family who really wants to start a political argument. Here are some of our favorites:

1. US Government bodies didn’t always used to adjourn for Christmas

While researching old cases, Metzmeier stumbled upon a reference to a Legislative session held on December 25th, 1823 in his home state of Kentucky, during which lawmakers worked a full day. (Interestingly, the session revolved around them granting a woman a divorce, as the only way to get divorced in KY in those days was through an act of Legislature).

He discovered that the first time his Legislature adjourned for Christmas was actually 1861, though journals suggest the legislators began to informally avoid business on December 25th by the mid-1830’s.

2. The Earliest Warriors Against Christmas Were the Pilgrims

The first “war on Christmas” traveled to America with the Pilgrims, who saw Christmas as a pagan/papist dishonor to God with no Biblical justification. They refused to celebrate it or acknowledge it in worship services. In fact, a 1660 Colonial Massachusetts law actually forbade celebrating Christmas in any form—under penalty of a five shilling fine!

3. Laws told colonial authorities to crack down on slaves on Christmas

So about that “peace on earth and goodwill toward men” thing…

As Christmas partying gained popularity with the European and American working class, George Webb’s 1736 guide for Virginia judicial officers said the “commanding officer of the Militia may order Parties to Patrol in his County, at Christmas […] to disperse unlawful Meetings of Slaves, and prevent their Combinations.”

Metzmeier notes: “The revelry allowed to white servants—which on occasion led to drunken disturbances, or ‘apprentices riots’—could not be allowed to extend to African slaves whose ‘combination’ was a continuing threat to the slavocracy.”

4. Santa Claus was born in the USA

Despite his claims of antiquity, Santa Claus joins Bruce Springsteen in being “born in the USA.” While the legend has its roots in Turkish and Dutch culture, his first mention by name appears in gift ads in Louisville papers in 1845.  The first known illustration of Santa as a bearded gift-toter appeared in an 1861 reprint of “The Night Before Christmas” poem, and the imagery essentially went viral through America, propelled by ads for holiday presents.

Metzmeier details a few more interesting cases in his briefs that make for a fun read—like the time Jackie Onassis testified in court that “Santa Claus lunged up at me.” Read more here and here!

Now march forward, warriors on Christmas. May you garnish your pine trees with victory!