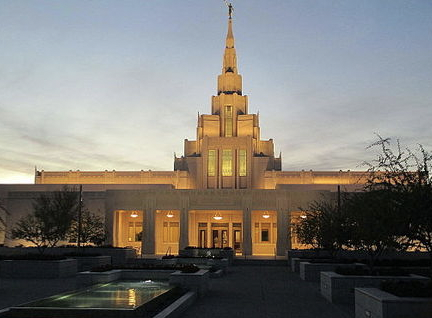 In a recent Arizona appellate case, the court was confronted with the age-old question of whether Mormons can be considered Christians.  The lower court had declared unequivocally “that Mormonism does not fall within the confines of Christian faith.”  The appellate court, however, cried foul and vacated the judgement.

In so ruling, the court held that to address such a question would violate the little-known but long-established judicial rule known as the “ecclesiastical abstention doctrine.”  This doctrine, which has its genesis in an 1871 Supreme Court case, essentially states that courts may not adjudicate issues that require the resolution of theological questions. For most of its history, this doctrine has been relatively uncontroversial.  Recently, though, some courts around the country have expanded the doctrine in ways that endanger the public’s access to justice.

The vast majority of the applications of the ecclesiastical abstention doctrine have been to issues that fall squarely within the realm of religious dogma. As such, the doctrine has not historically been the subject of much public debate or scrutiny. One example of a typical application of this doctrine is whether a church can fire a priest for the alleged violation of some specific religious tenet. Were the priest to sue for wrongful termination, the court would likely dismiss the case on the grounds that the court is both ill-equipped to and prohibited by the free exercise clause of the first amendment from addressing such a question. Recently, however, certain courts have weaponized this doctrine in order to dismiss cases that do not actually have anything to do with religion.

Take, for example, a recent case in Texas in which a student was expelled from a religiously affiliated school merely because he was alleged to have smoked marijuana off-campus, despite the fact that he tested negative for the drug and that the school has a lenient first-offense policy enshrined in its code of conduct. When the parents sued, both the trial and appellate courts refused to even consider the case, citing as justification the ecclesiastical abstention doctrine.

This rationale is highly dubious for a few reasons.First, the ecclesiastical abstention doctrine does not prohibit courts from issuing rulings that affect religious institutions.It only prohibits rulings that explicitly address questions of theology.For example, if a church were to get into a contractual dispute with its electricity provider, the court could and would hear the case because it does not touch on any religious issues.

Likewise, in the Texas case, the issues were whether it could be shown that the student smoked marijuana in the first place and whether the expulsion violated the school’s own disciplinary policy. The issue was emphatically not whether the Christian faith condones the use of marijuana.

Additionally, the school in question is not even a religious institution. It is neither owned nor operated by a church; it merely self-identifies as religiously affiliated. In applying the ecclesiastical abstention doctrine to a secular organization, the court charted a stark departure from judicial precedent. The school was able to avoid even the possibility of liability by merely invoking “religion,” despite the fact that the issues presented by the case were not of a religious nature. This case seems to be yet more evidence of the growing trend of judicial deferment to religious institutions in contexts that deal fundamentally with a person’s civil rights.

Thankfully, the Arizona case discussed in the first paragraph of this post does not present the same problems as the Texas case. The Arizona appellate court was prudent in its application of the ecclesiastical abstention doctrine, as the question of whether Mormons are Christians is a genuine theological dispute that is still the subject of vociferous debate. The court would be unable to resolve such a question, and any attempt to do so would be extraordinarily damaging to the court’s status of impartiality and would be a clear violation of the first amendment.

The ruling does, however, raise a few interesting hypotheticals. I am by no means an expert on religion, but Mormonism and Christianity seem highly intertwined, considering that Jesus Christ is a central figure of both faiths. One would assume that if the court had instead been presented with the question of whether or not Islam could be considered a form of Christianity, the court would not have hesitated to rule on the matter. But what if the father had instead converted to the Native American Church, in which the Great Spirit is often held to be synonymous with Jesus Christ, and in which the ritual use of Peyote is an integral practice of the faith.

In such a hypothetical scenario, would the court rule that exposing the child to such religious practice violates the parenting agreement, or would the court still have applied the ecclesiastical abstention doctrine?  Luckily for the court, it was not presented with such a thorny question.

Although the recent Arizona case was not problematic, it does serve to draw our attention to related issues that do seem to pose a genuine threat to the religiously neutral administration of justice.